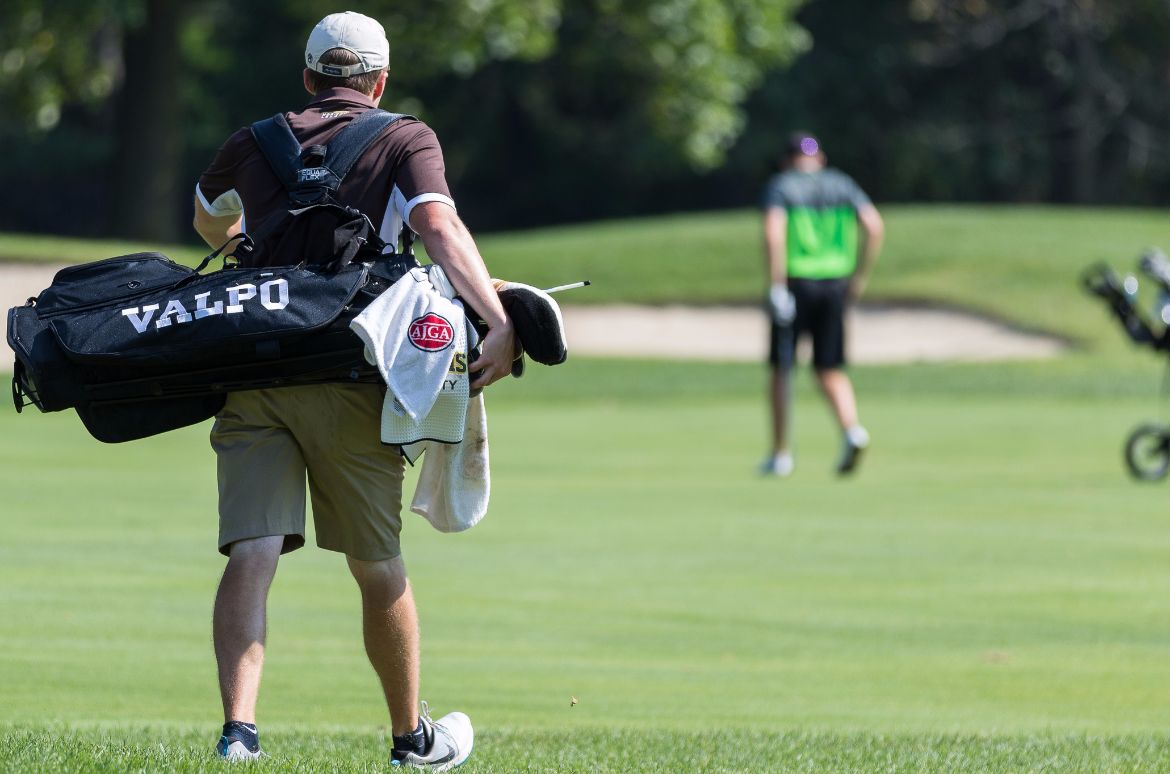 Zach Cutler stroked a 72 in Round 3 of the Wright State Invitational on Tuesday.

The Valparaiso University men’s golf team posted a 363 on the final day of competition, tied for the second-best Round 3 score in the Wright State Invitational on Tuesday. The Crusaders finished fourth in the six-team event with a 54-hole score of 1,109. The Crusaders finished six strokes behind Northern Kentucky and seven strokes in back of the host Raiders. Valpo finished ahead of Green Bay and Loyola.

"It was a very encouraging weekend with our tournament at Wright State on many fronts. First, our final round today was one of our best rounds and our best finish to a tournament all year.  Secondly, we have improved our team score each round in three of our five tournaments this spring and in our last two tournaments. We emphasize playing better throughout the tournament and the guys are showing that this spring. Lastly, five of our eight players had their best tournament of the spring - Seitz, Wu, Kinsella, Cutler and Doherty."

"The tournament format was unique, scoring the best five out of six players.  The format allowed us to showcase some of our depth and also have a good portion of the team competing. The weather today was challenging with temps in the mid-50s and wind gusts from 15-20 mph. The guys really played hard all day and the ball striking continued to improve as the tournament progressed."

"We played six rounds of competitive golf in the past four days and the two tournaments were a tremendous boost to our confidence. We know what areas we need to work on over the next 10 days prior to our next event.  The guys are really hungry to keep competing and finishing the season strong."

"Our two captains led the way for us in this tournament and it was really good to see nine birdies and an eagle out of the two of them today.  Both Nick and Peter continue to play with a lot of confidence and they are a terrific encouragement to the rest of the team."

The Crusaders will hit the links again on April 14 as they partake in the Earl Yetingsmeier Memorial Invitational on Delaware C.C.