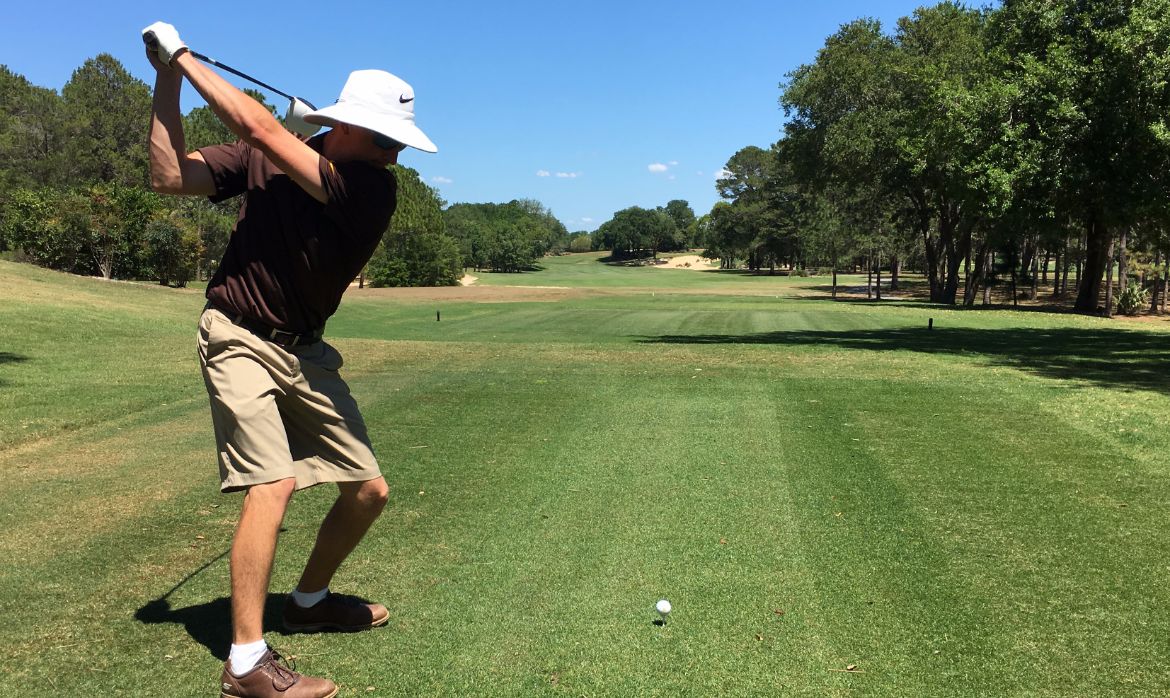 Nick Seitz carded a 74 in Round 2 of the Horizon League Championships.

The Valparaiso University men’s golf team currently stands in third place in the Horizon League Championships with 18 holes remaining. The Crusaders stroked a 308 in Round 2 and currently sit at 605 (+29) through 36 holes. Valpo is seven strokes back of second-place Oakland and nine strokes behind first-place Cleveland State.

Thoughts from Head Coach Dave Gring
"Our shot execution was not very sharp today and we put ourselves in some more difficult positions on holes. It was evident with five more double-bogeys than yesterday and too many three putt greens."

"We didn't start the round well, with four double-bogeys and three bogeys in the first three holes. It wasn't an issue of the guys feeling tight; the shot execution was poor and we put ourselves in some tough positions off the tee."

"We are looking forward to the final round of the tournament tomorrow. It's good to be in the final group and the guys are excited to give it their best on the final day."

The Crusaders will close out the Horizon League Championships with Round 3 on Tuesday at Mission Inn Resort & Club in Howey-in-the-Hills, Fla. A link to live scoring is available on ValpoAthletics.com.