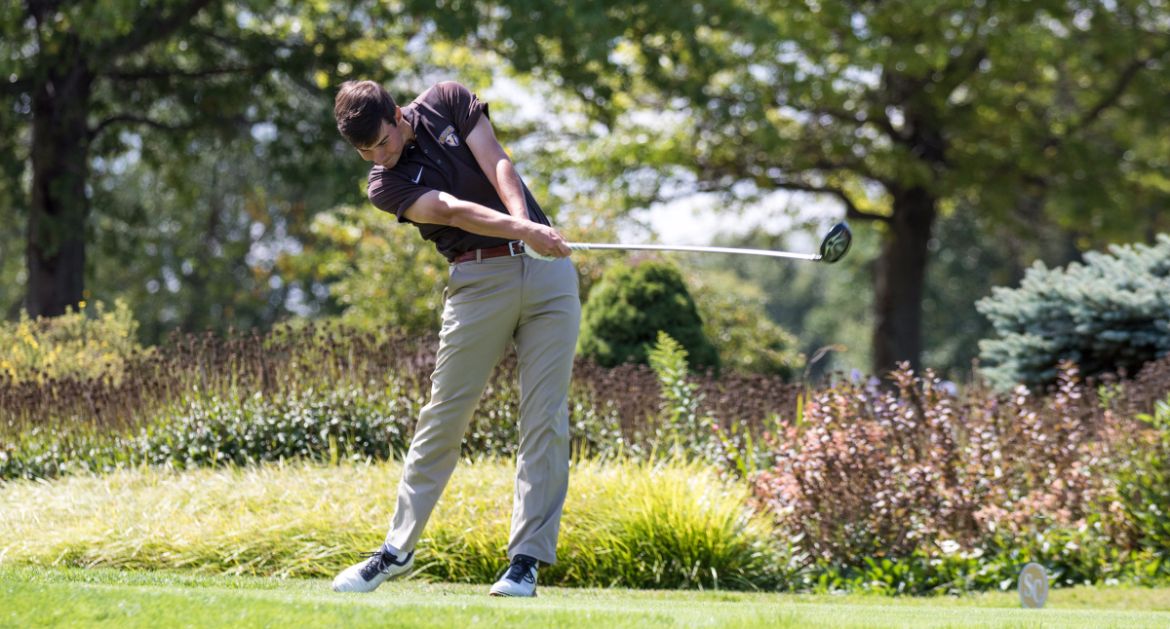 Michael Doherty is one of three Crusaders who shares the team lead after Day 1 of the Crusader Collegiate.

Just six strokes separate the four participating teams through two rounds at the Crusader Collegiate, the season-opening tournament hosted by the Valparaiso University men’s golf team at Sand Creek Country Club in Chesterton, Ind. The Crusaders posted a 36-hole team score of 621 on Tuesday and are tied for second place going into Wednesday’s third and final round.

"The entire team was excited to get our season started.  It's a big day to jump into 36 holes and there were some levels of anxiousness and restlessness while on the course. The guys have worked hard over the summer to prepare for our first tournament of the season and it was good to get the competitive season rolling. The golf course was in amazing shape and the greens were very challenging with both the pin locations and speed of the greens."

"Our birdie production was decent today, but we need to reduce the amount of double and triple bogeys. Those big holes make a large impact on our scores and we need to do a better job in minimizing those kind of mental and/or course management mistakes. This will be imperative tomorrow if we want to win our tournament."

"Our 36-hole scoring was quite consistent, when you consider five of our guys within a shot of each other. We have a tremendous opportunity to win the first tournament of our season.  If we can play to our strengths, minimizing the big holes, we can look forward to some favorable results."

Round 3 of a tightly-contested Crusader Collegiate will take place on Wednesday at Sand Creek CC in Chesterton, Ind.