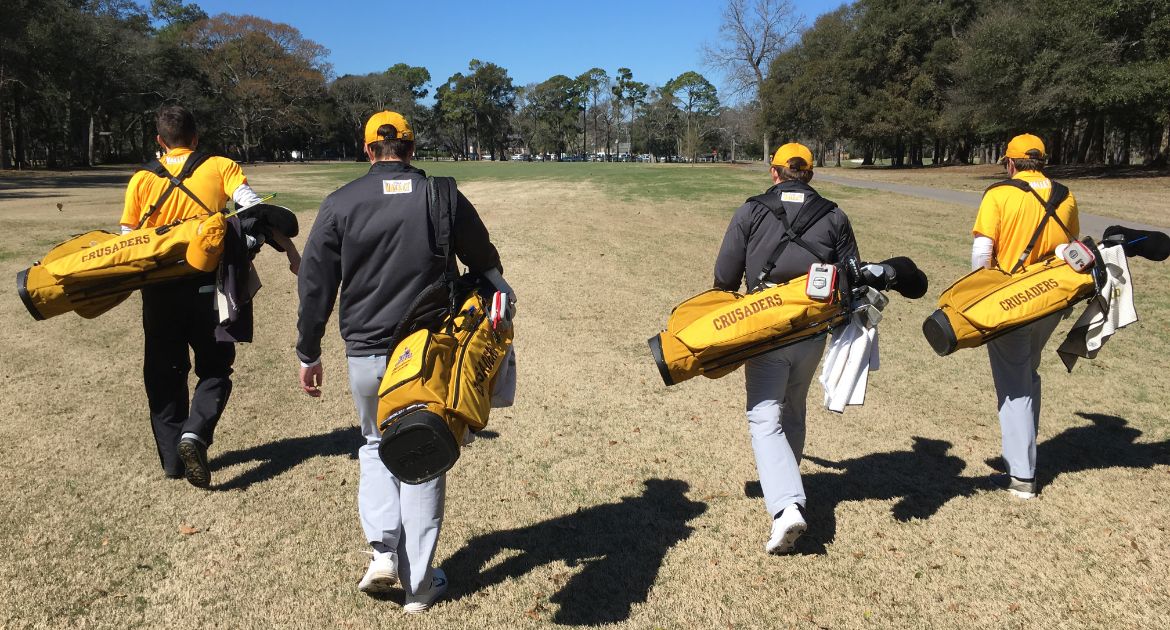 In order for the Valparaiso University men’s golf team to reach its full potential this spring, head coach Dave Gring knows balanced scoring throughout the lineup will be essential. The Crusaders put that on display on Tuesday, finishing with their best team round of the week at the Bash at the Beach, hosted at The Surf Golf and Beach Club in Myrtle Beach, S.C.

“After the first day of the tournament, we talked about focusing on a better start to our rounds. We also talked about giving ourselves more opportunities and chances for birdie. Today we accomplished both of those goals very well. We played the first nine holes even par as a team and had 10 birdies. This was an important step for us and the guys know they are capable of playing at that level, even with leaving some shots on the course.”

“The guys had much better control of the speeds of their putts today. The greens were very fast, but we knocked our irons more closely and read the greens much better. It was exciting to see us having the opportunity to make a lot of putts.”

“We also talked about finishing our rounds better and we struggled in the last three holes. The team knows the importance of this. A lot of this comes with experience and our young team is learning very quickly.”

“It is very important for us to have a balanced team score in our rounds this spring, and we had a good taste of that today. The guys were pushing and encouraging each other throughout the round. This tournament and especially today’s round gives us some good momentum into our next event.”

The Crusaders will continue an active spring break as they compete in the Colleton River Collegiate beginning on Monday, March 12 at Colleton River Club in Bluffton, S.C.