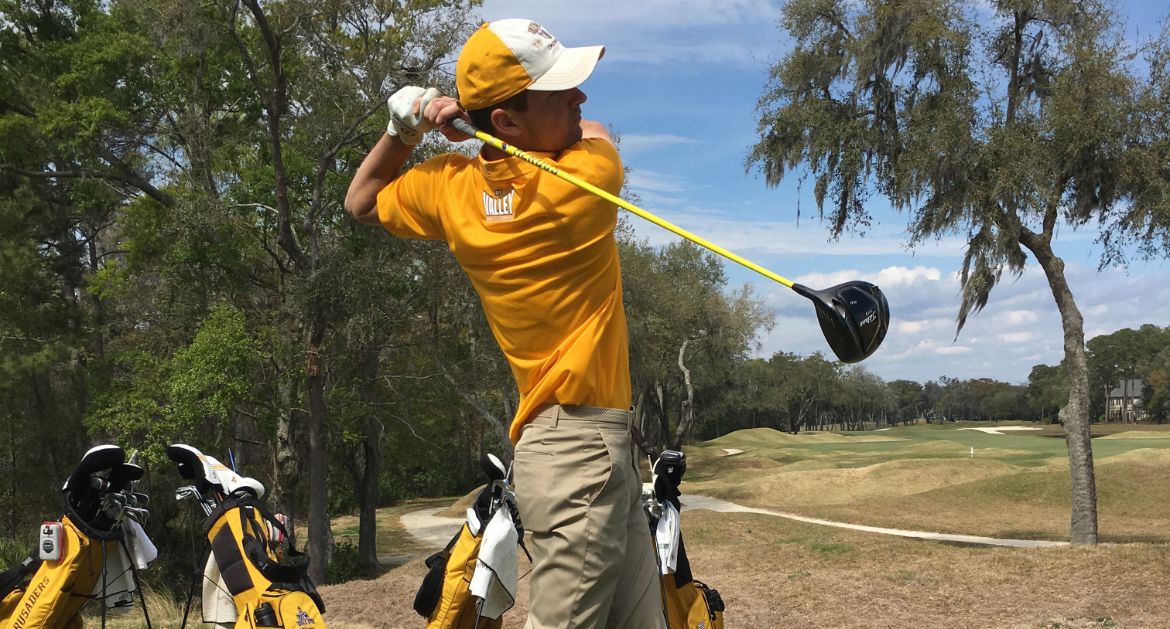 Mitchell Wittmann led Valpo with a 54-hole score of 227 this weekend.

The Valparaiso University men’s golf team turned in a team score under 300 for the second consecutive day, posting a 297 in the final round of the D.A. Weibring Intercollegiate on Sunday. The Crusaders finished the event, which was hosted by Illinois State at Weibring Golf Course in Normal, Ill., with a 54-hole score of 915 (+63), placing 11th of 17 in the team standings. The teams battled the elements, as the third round was played through snow flurries, strong winds and cold temperatures.

“The stat sheet and final standings aren't going to show it, but this tournament was probably our best performance of the year. The weather was very adverse for the entire field over the past two days, combining rain, 25-35 mph winds, cold temps and even snow. I've never coached nor played in conditions like this for 54 holes and the team played with determination and spirit. I was very impressed with their focus during all three rounds and especially their performance in the last two rounds after a tough start to the tournament in the first round.”

“This tournament was a true test of perseverance and concentration. The team showed that they can put the elements aside and play in the moment, taking one shot at a time. Even though we only converted six birdies today, the guys gave themselves a lot of opportunities, hitting a good amount of greens in regulation. The snow was falling for the last seven holes and the guys were still giving themselves some good looks at birdie.”

“It was positive to have more balance in our scoring and we are striving for that every tournament. Our team is young and it would have been easy for the guys to check out and not play hard in the poor weather. Conversely, they were almost embracing the experience and seeing if they could overcome the golf course. They will remember this tournament for a long time and it will be good to ‘chalk-up’ to playing experience.”

The Crusaders will make their annual voyage to Spingboro, Ohio to begin the Wright State Invitational on Monday, April 16. The tournament will be held at Heaterwoode GC and will run through Tuesday, April 17. That will be Valpo’s final event prior to the Missouri Valley Conference Championship.