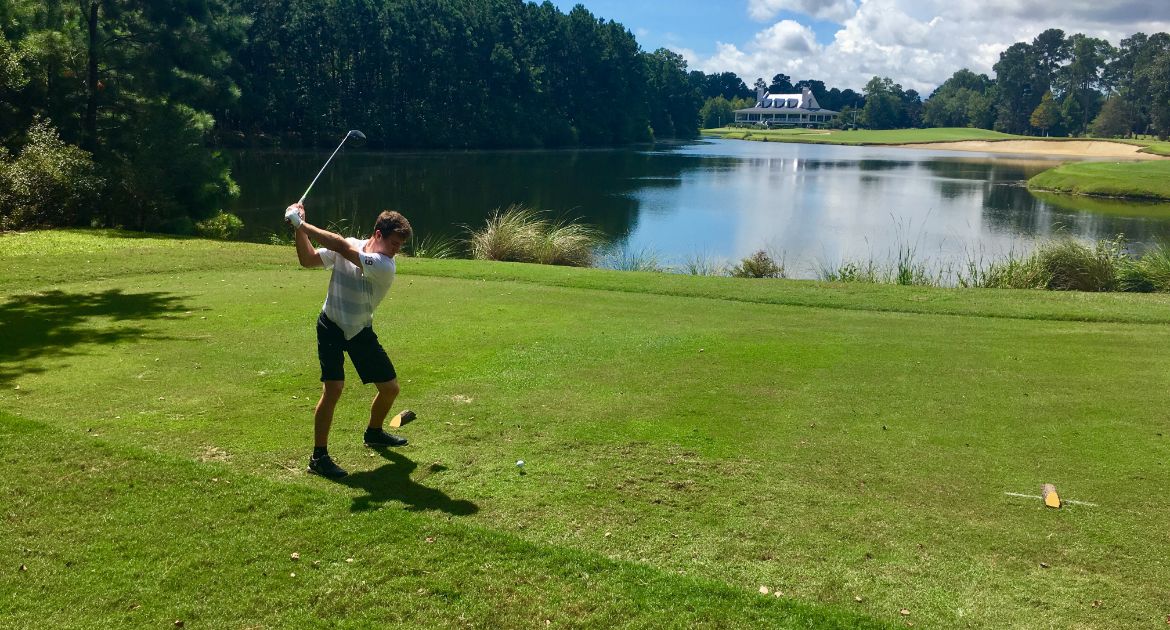 Charlie Toman continued his strong start to his freshman season on Sunday.

A senior and a freshman tied for the team lead as three members of the Valparaiso University men’s golf team carded two under par or better in Sunday’s first round of the Golfweek Program Challenge at True Blue in Myrtle Beach, S.C. That helped the team finish the day six strokes under par and tied for sixth in a competitive 14-team field. Valpo’s 18-hole score of 282 was the second-best single-round performance in program history and the best since 2014.

“There were a number of positives to take from today's round. This was our fourth competitive round of the year and it was important for us to start posting some team scores under par. Mitch, Jack and Charlie all finished with scores in the red. The team had 19 birdies on the day and still left a good amount of putts out there. Also, this was the best ball-striking day that we have had so far this year with the guys hitting a high percentage of fairways and greens - over 80 percent as a team in both categories.”

“This team has talent and the guys are giving themselves a lot of opportunities to make birdie. Thus far this year, the team is making some good decisions on the golf course, especially off the tee, getting themselves in position to hit the green in regulation and making some putts. All five of them were focused on playing to their individual strengths and hitting high-percentage shots.”

“Mitch only missed two fairways and three greens today. Charlie only missed one green and hit every fairway. The two of them had three three-putts and narrowly missed some birdie attempts.  Their ball-striking was exemplary and they did very well playing in the moment.”

Valpo will be back on the course for 18 more holes on Monday as the three-day Golfweek Program Challenge in South Carolina reaches its middle day. Live scoring is available via GolfStat.