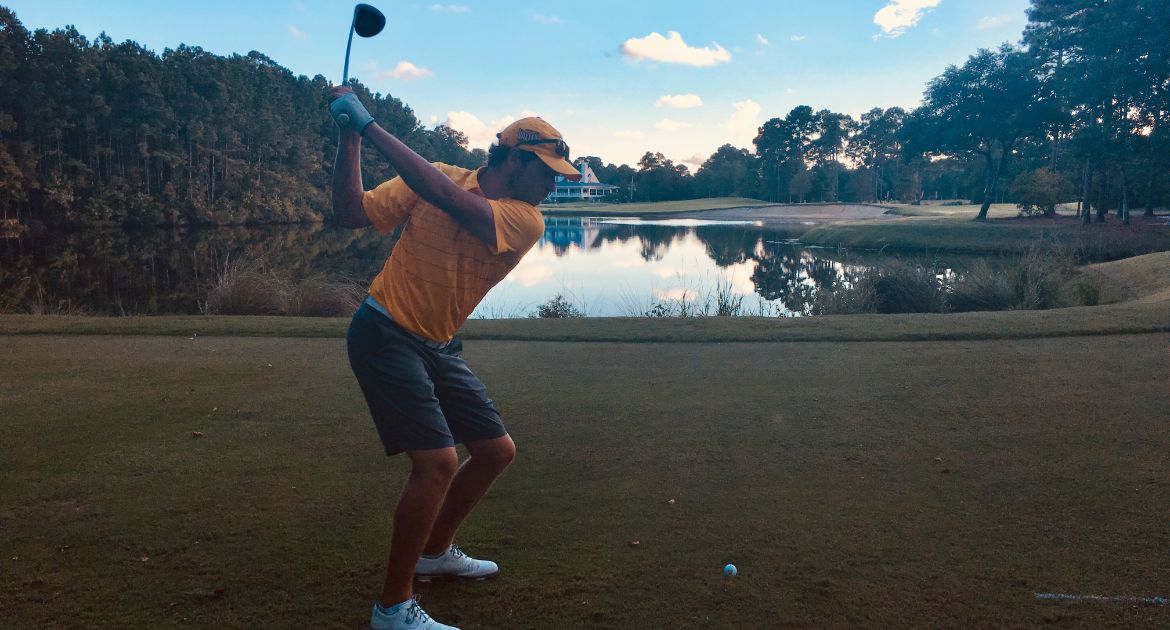 Drew Alexander made a two-stroke improvement from Round 1 to Round 2 at the Golfweek Program Challenge.

The Valparaiso University men’s golf team was led by freshman Charlie Toman (Chardon, Ohio / Notre Dame Cathedral Latin) for the second consecutive day on Monday in the middle round of the Golfweek Program Challenge in South Carolina. The rookie carded a 74 to lead a young Valpo team in Round 2.

“Our shot execution was simply not nearly as sharp as it was with yesterday's round. Our ball-striking was pretty poor and that put more pressure on the chipping and putting. With the bermuda grass, it's already an adjustment playing on the different turf conditions. We seemed to be leaning on our short game making the difference all day, and that wasn't working.”

“Every competitive round is another quality experience for us and there was some character building taking place in this morning's round. We had a good start to the round, playing the first six holes at three under par. We struggled through the middle of the round and we did not have the birdie production that we needed on the back nine.”

Valpo will conclude the event with the third and final round on Tuesday. Live scoring is available via GolfStat.