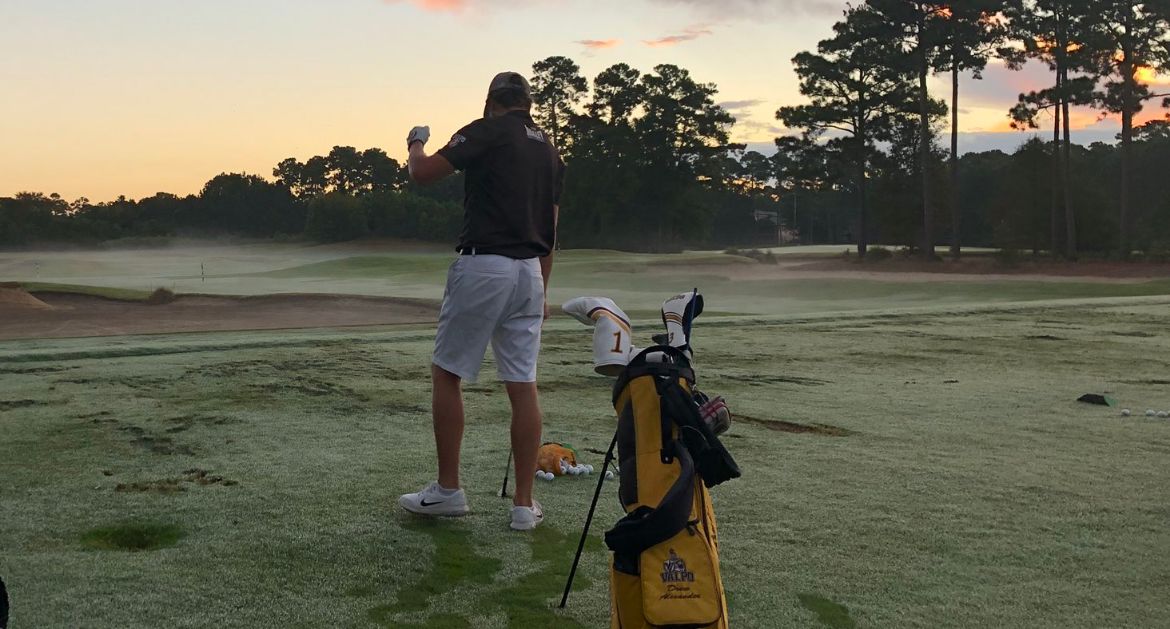 All five members of the Valparaiso University men’s golf lineup equaled or bettered their Round 2 scores in the third and final round of the Golfweek Program Challenge on Tuesday in Myrtle Beach, S.C. Valpo trimmed eight strokes off its team score, claiming 11th in the overall standings.

Valpo will host the Crusader Collegiate next week on Monday and Tuesday at Sand Creek Country Club in Chesterton. The event will start with 36 holes on Monday before the final 18 holes take place on Tuesday. Links to live scoring will be available.