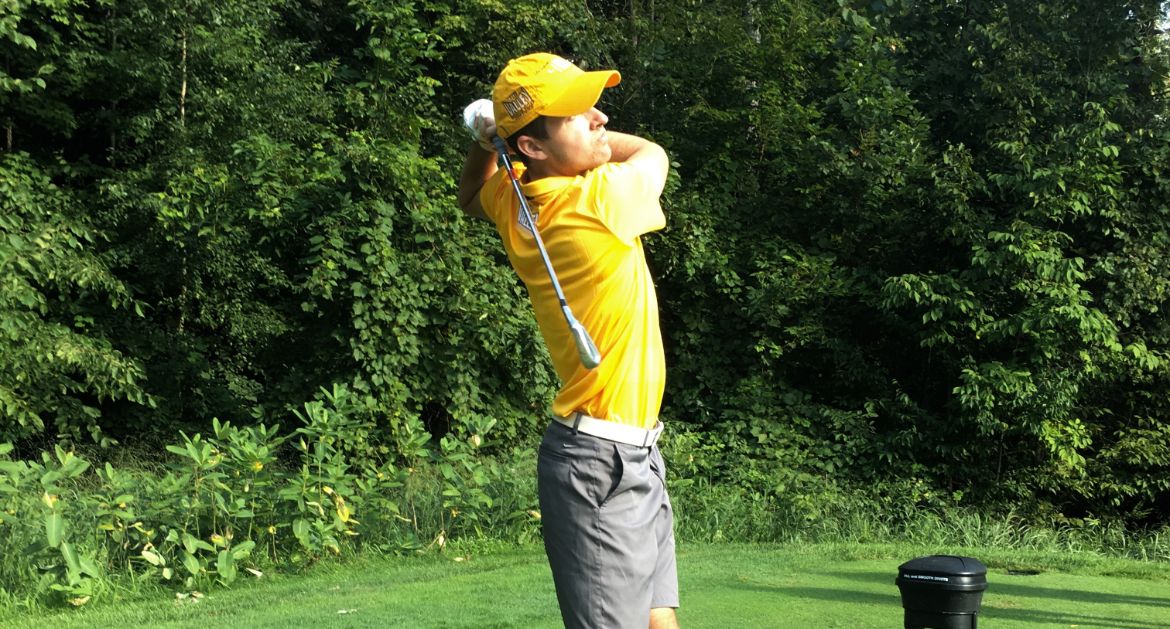 Mitchell Wittmann is just one stroke behind first place with 18 holes to go in the Crusader Collegiate.

The lone home tournament of the season for the Valparaiso University men’s golf team got underway on Monday at Sand Creek Country Club in Chesterton. All 10 Valpo golfers participated in the event, as Valpo featured an A and B team as part of a 13-team field. The top Valpo team sits in a tie for sixth place entering the final round.

“It was good to be playing our home course with terrific weather. The conditions could not have been any better and the guys played hard all day. With all 10 of our players on the course today, it was a special time to enjoy the entire team competing in one event. We had a great turnout of parents and friends attending our home tournament.”

“Our birdie production was better in the first round than in the second round. We missed a good amount of opportunities to make some birdie putts, especially during the second round – we simply couldn't get the putts to drop. The guys are doing well with their reads on the green, but we were not able to convert those to birdies.”

“Our Par-5 performance was poor and we have to do a better job taking advantage of the scoring opportunities on those holes. The Par 5s are some of the easiest holes on the course and we lost a lot of strokes to the leaders, finishing +2 for the first two rounds. Our short irons need to improve overall and with better proximity to the hole so that we can make more putts throughout the round.”

The Crusader Collegiate continues with the final round on Tuesday at Sand Creek Country Club in Chesterton, Ind. Live scoring is available via BirdieFire. Tee times off Holes 1 & 10 will begin the day starting at 7:30 a.m.