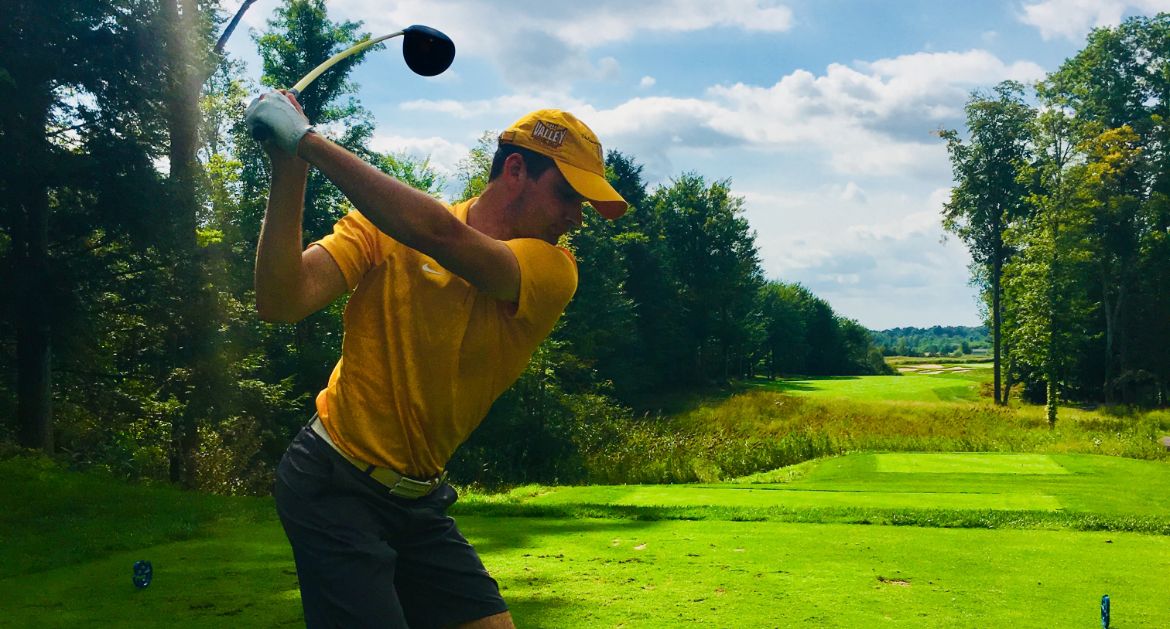 Mitchell Wittmann led the team and finished tied for third overall in the Crusader Collegiate.

The Valparaiso University men’s golf team rounded out a successful home tournament on Tuesday with the final 18 holes of the Crusader Collegiate at Sand Creek Country Club in Chesterton. Valpo played host to a 13-team event that featured beautiful weather on both days. Valpo tied for fifth in the team standings, led by a strong showing from senior Mitchell Wittmann (Kaukauna, Wis. / Kaukauna), who tied for third.

“As a team, we are constantly talking about finishing our individual rounds well and finishing our team tournament round well. Today's final round was the second time in three tournaments that we had our best team score in the third round. The guys bounced back well with today's round versus yesterday's second round, and it's always a positive to see that type of quality effort.  Also, it was a blessing to have two teams and all 10 of our players participating in our home tournament.”

“We have some areas that we are going to focus on continuing to improve our team scoring.  Short irons into greens, chipping around the greens and putting are three categories that we will spend quality time on in practice this week. Our Par-5 scoring was very poor in this tournament and sharpening those three areas will help us take more advantage of those potential scoring opportunities.”

“Mitch had a terrific tournament, leading our team in scoring and playing very steady for us. His ball-striking was exceptional this tournament, hitting a high percentage of greens and fairways in regulation all three rounds. His putting was exemplary and probably the best that we have seen in the first three tournaments. To finish in third place at our home tournament on a challenging golf course was both admirable and impressive.”

"Many thanks to the parents, volunteers, friends and Valpo staff that came to support us during our home tournament. The golf course was in amazing shape and the staff at Sand Creek Country Club was terrific in partnering with us in hosting an awesome event.”

Valpo’s next time on the course will be Monday, Sept. 24 to begin the two-day Derek Dolenc Invitational in Madison, Ill.