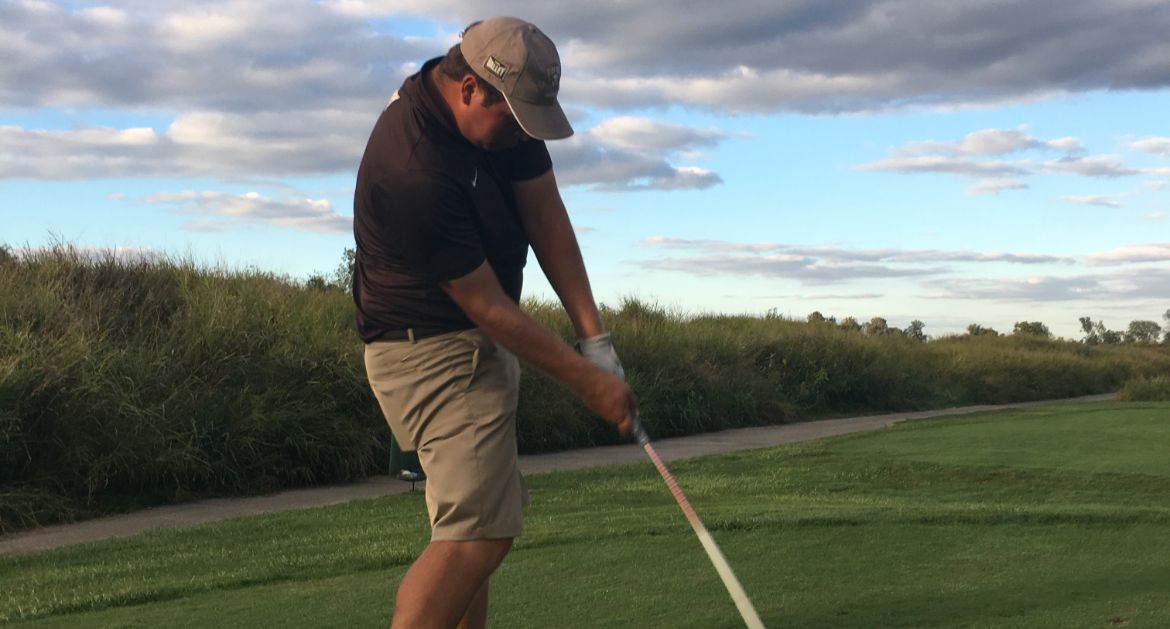 The Valparaiso University men’s golf team is off to a promising start through two rounds of the Derek Dolenc Invitational, standing in eighth of 17 teams with an 18-hole score of 584. Only one Missouri Valley Conference team is ahead of Valpo in the standings (Bradley, third), while Valpo leads four conference foes – Missouri State, Drake, UNI and Loyola.

“We did a nice job of avoiding the big numbers on holes in the first round. Our front nine in Round 1 was solid with a lot of pars and good looks at birdies. We did a nice job of finishing the first round also. In Round 2, we had too many double bogeys, even though our birdie production was a lot better. Our front nine was terrific in the second round with nine birdies by the team.”

“Garrett and Charlie played well for us today and led the way for the team in our scoring. Charlie finished the first round with 16 consecutive pars and Garrett led the team with seven birdies today. Mitch had 14 pars in the first round and Matt had five birdies in the second round. The guys were playing hard all day and everyone was contributing throughout the team.”

“I thought the short iron shots improved today compared to our last tourney. We need to convert more birdie opportunities tomorrow. We have had some strong final rounds this year thus far and we need to close this tournament with a solid round.”

Valpo will be back on the course on Tuesday for the third and final round of the Derek Dolenc Invitational in Madison, Ill.