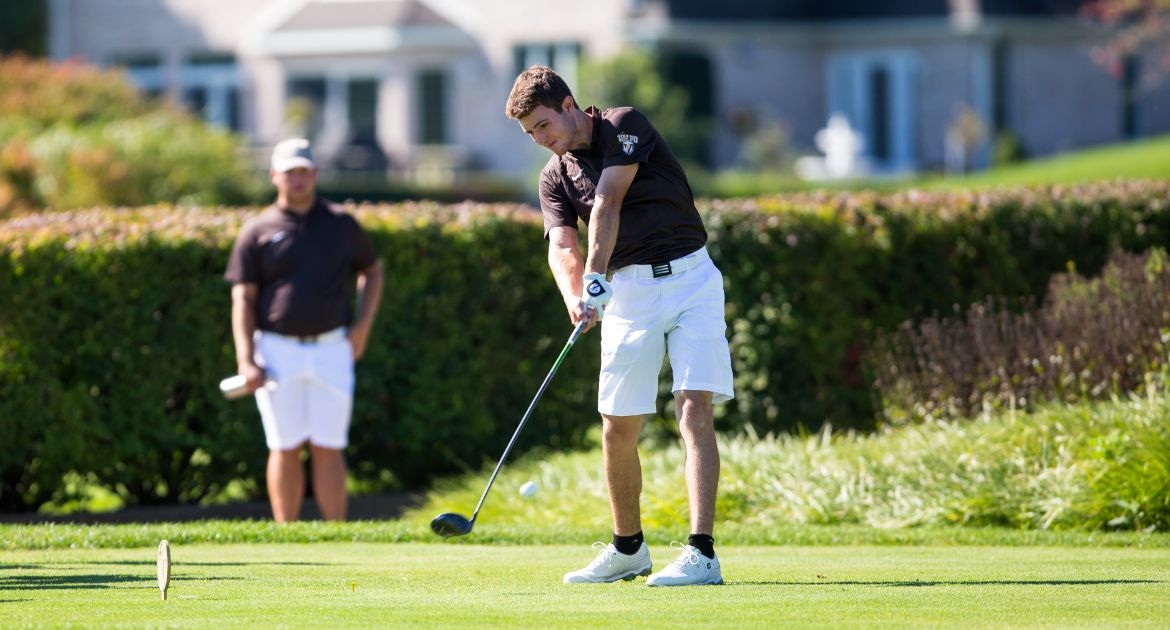 The Valparaiso University men’s golf team completed the final round of the Invitational at Savannah Harbor on Sunday at The Club in Savannah, Ga. Freshman Charlie Toman (Chardon, Ohio / Notre Dame-Cathedral Latin) was the top Valpo golfer on the first weekend of the spring season as he once again turned in a team-best on Sunday to complete a Top 10 finish in the event.

“Today’s final round was disappointing because the team played very solid with the exception of the middle of the front nine. Just with the four scores we counted, we were +12 for holes 4-7. That’s a tough stretch on the course and we didn’t manage and execute well on those holes. The same four guys played the other 14 holes +1 as a team, which is terrific.”

“We were certainly looking forward to a better team finish, but there were numerous positive takeaways for the first tournament of the year. Our ball-striking was pretty good for the first time on grass in four months, we had three rounds of par or better, we played the back nine very well after some slow starts to the rounds and Charlie finished in the Top 10.”

“Charlie played very solid for us all weekend. He worked very diligently this winter with his practice in our Golf Room, adding distance to his entire bag. For the first rounds of the year, I was impressed with how sharp his chipping and putting were the entire tournament. His Top-10 finish is well deserved and he’s excited for the spring season.”

Valpo will next hit the links on Monday, March 11 for the first day of the Twins Oaks Intercollegiate in Springfield, Mo.