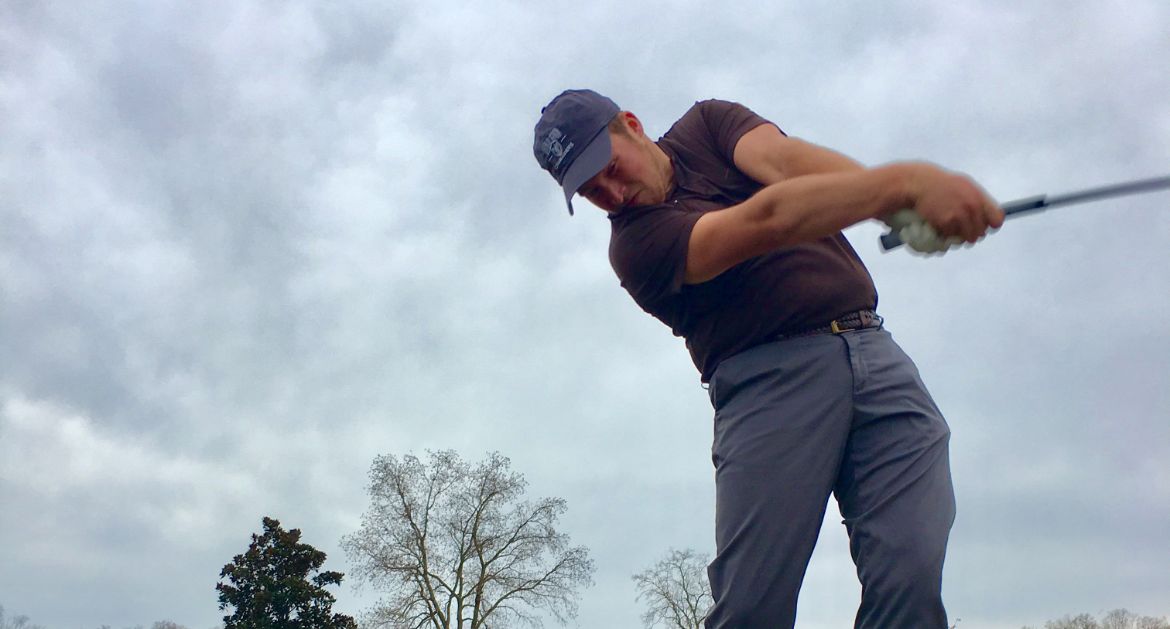 Jack Juskow led the team at +2 on Monday.

The Valparaiso University men’s golf team completed the first two rounds of the Twin Oaks Intercollegiate in Springfield, Mo. on Monday, finishing the day with a team score of 592. Valpo was led by Jack Juskow (Greenville, S.C. / Hamilton Southeastern), who finished the 36 holes at two strokes over par.

“In the morning round, we didn't have a good start, playing the first six holes at +12. Add to that the challenging part of the course, with holes 15-18, playing those four holes +13. Our back was against the wall to start the tournament, but we had a better finish to the last six holes of the morning round to give us a little momentum for the afternoon.”

“The afternoon round featured good balance, and we played holes 15-18 better than the morning round. We got off to a decent start and we finished extremely well. We had 13 birdies and an eagle in the afternoon round and everyone’s play improved over the morning round. We closed the second round with seven birdies and an eagle in the last six holes to finish strong and give us more momentum into Tuesday's final round.”

“Today was the third competitive day playing on grass since last October. Our afternoon round was the best of our spring season thus far and one off the Top 3 of the year. The guys showed a lot of composure staying with it after a poor start to the first round. They also finished strong after a long day of competition. We're still kicking a lot of rust off from the winter months, but the team is also doing a lot of things well."

“Jack has played quite consistent for us already this spring. He had five birdies in the two rounds today and a ton of solid pars. He has been hitting a lot of fairways off the tee and greens in regulation to keep his scoring consistent. When he has missed greens, he's missing in good places and getting up and down.”

The final 18 holes of the Twins Oaks Intercollegiate will take place on Tuesday in Springfield, Mo. Live scoring is available via BirdieFire on ValpoAthletics.com.