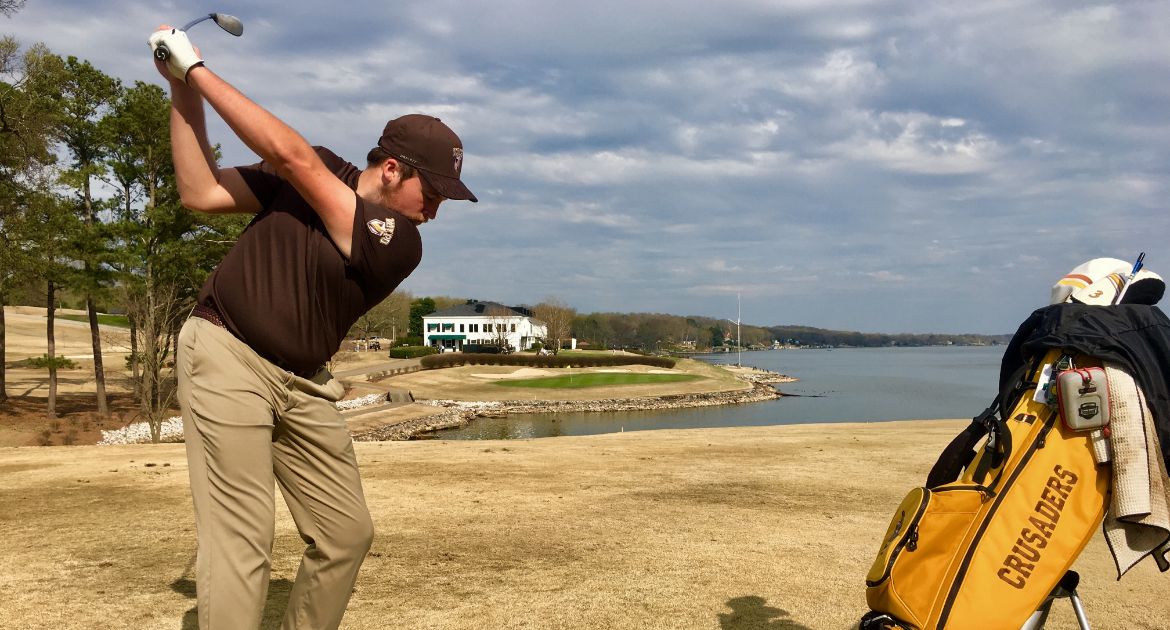 The Valparaiso University men’s golf team completed the first 36 holes of the UNA Spring Classic hosted by the University of North Alabama on Monday at Turtle Point Yacht & Country Club in Killen, Ala. Jack Juskow (Greenville, S.C. / Hamilton Southeastern), who finished the 36 holes at two strokes over par, holds the team lead entering the final round of the event.

“In the second round, we made a lot of pars, but still not enough birdies to give us the momentum that we needed. We didn’t play the Par 3s well - middle of the pack - and we didn’t take enough advantage of the Par 5s - last place in the field. On the other hand, the guys are playing hard and doing a lot of good things on the course. We still have not kicked enough of the rust off our short game coming off the winter months.”

“Both Jack and Mitch hit a lot of fairways and greens in regulation. Their ball-striking was very good. Jack had five birdies and Mitch had six and both guys still left a lot of opportunities out there. We’re getting close to having all of our guys firing on all cylinders and Jack has done a great job of leading by example in all of our spring tournaments.

There are 18 holes remaining in the event, which will be played on Tuesday. Live scoring is available via GolfStat.