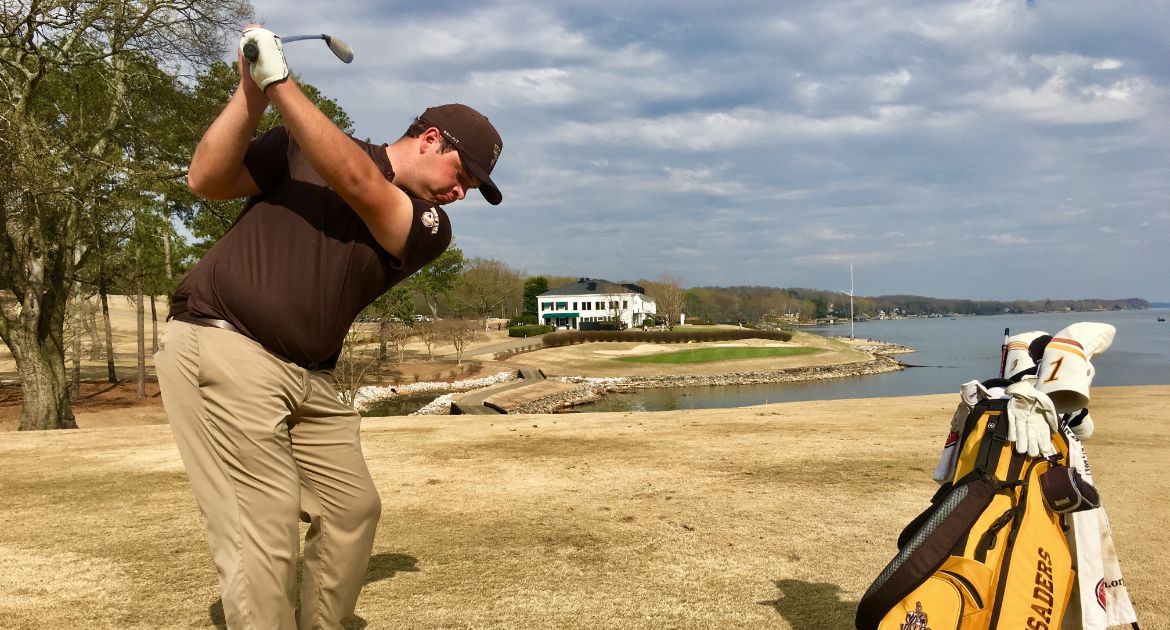 A career best from freshman Garrett Willis (Fort Wayne, Ind. / Homestead) paced the Valparaiso University men’s golf team on Day 1 of the Butler Spring Invitational hosted at Highland Golf and Country Club in Indianapolis. Monday’s originally-scheduled morning round was cancelled due to cold and course conditions, but the afternoon round went on as scheduled as the tournament format was tweaked from 54 holes to 36.

“We had a couple of the guys hit the ball really well today. Brett and Charlie hit 15 greens in regulation, but both of the guys had their struggles putting on the greens. Our scores were quite consistent, but not where we need them. While we had a lot of pars and not many big holes, we simply didn’t make enough birdies and we lost some opportunities getting up and down.”

“We continue to improve this spring season and the guys are playing with more confidence every tournament. We’re getting close to turning the corner, but we’re still kicking the short game rust off from the winter. The guys are staying patient and giving it their best while on the course.”

“I was happy to see Garrett with a strong round this afternoon. He played very consistently and steady for us. His short game was sharp around the greens including a few sand saves. The speed with his putting was impressive and he made some good birdie putts.”

The second and final round of the event will occur on Tuesday morning. A shotgun start is slated for 9 a.m. CT / 10 a.m. ET.