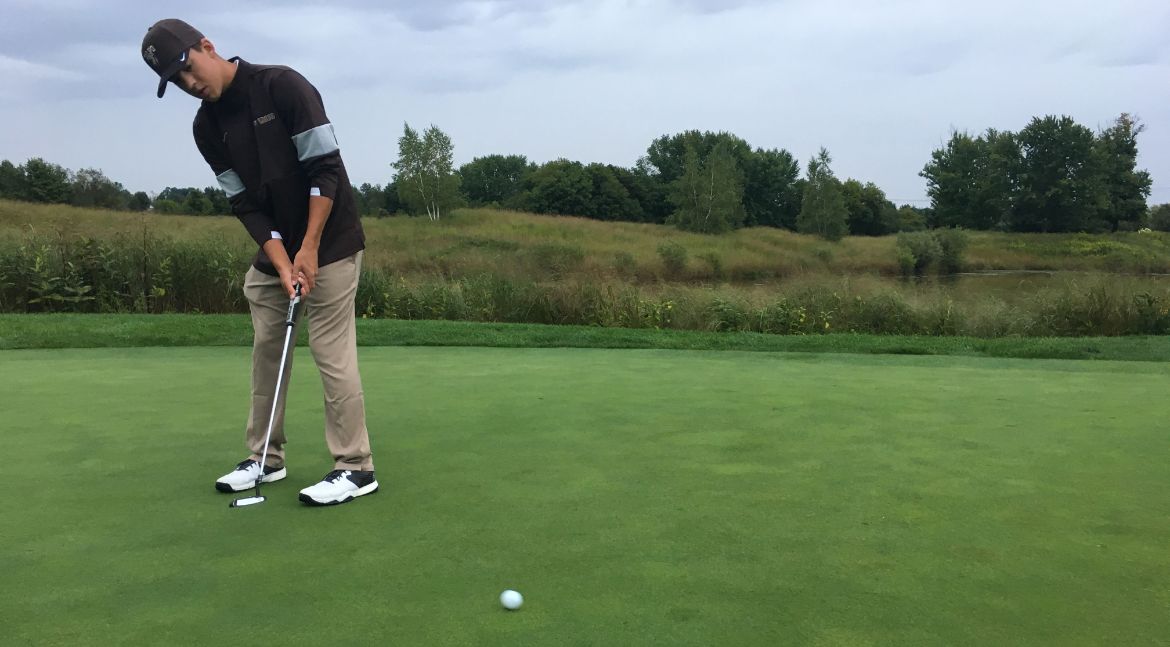 The Valparaiso University men’s golf team climbed two spots in the team standings on Monday by posting its best round of the tournament with a 297 to close out the Turning Stone Tiger Intercollegiate. Sophomore Garrett Willis (Fort Wayne, Ind. / Homestead) had the best round of the day by a Valpo golfer, while freshman Caleb VanArragon (Blaine, Minn. / Blaine) finished the tournament leading the way among Valpo participants.

“Going into today’s final round, we discussed the importance of hitting more fairways off the tee and giving ourselves more opportunities for birdies. There is certainly a premium in hitting fairways on this golf course and while our birdie production wasn’t where we wanted it, we made a lot of quality pars.”

“We improved with each round in this tournament and I was very pleased with the effort today, especially with a very wet golf course from all the rain last night and during half of the round today. We were able to beat a couple teams ahead of us going into today’s round and the guys played with good focus. There’s a handful of holes on this golf course that are very challenging and I thought the guys managed those very well and played smart.”

“It was a quality start for the team with the Top 5 finish. We needed a solid start to our season to create momentum, and this tournament is certainly something we can build on.”

“Caleb had a terrific opening tournament for us and I was very happy to see him gain a lot of confidence on an excellent golf course. He didn’t have the birdie production that he desired today, but he still had a lot of good tee and approach shots and opportunities on the greens.”

The team will jump right back to tournament action on Friday to open up the Air Force Falcon Invitational at Eisenhower Golf Course in Colorado Springs, Colo. The 18-team, 54-hole event will continue on Saturday. A link to live scoring via GolfStat will be available on ValpoAthletics.com.