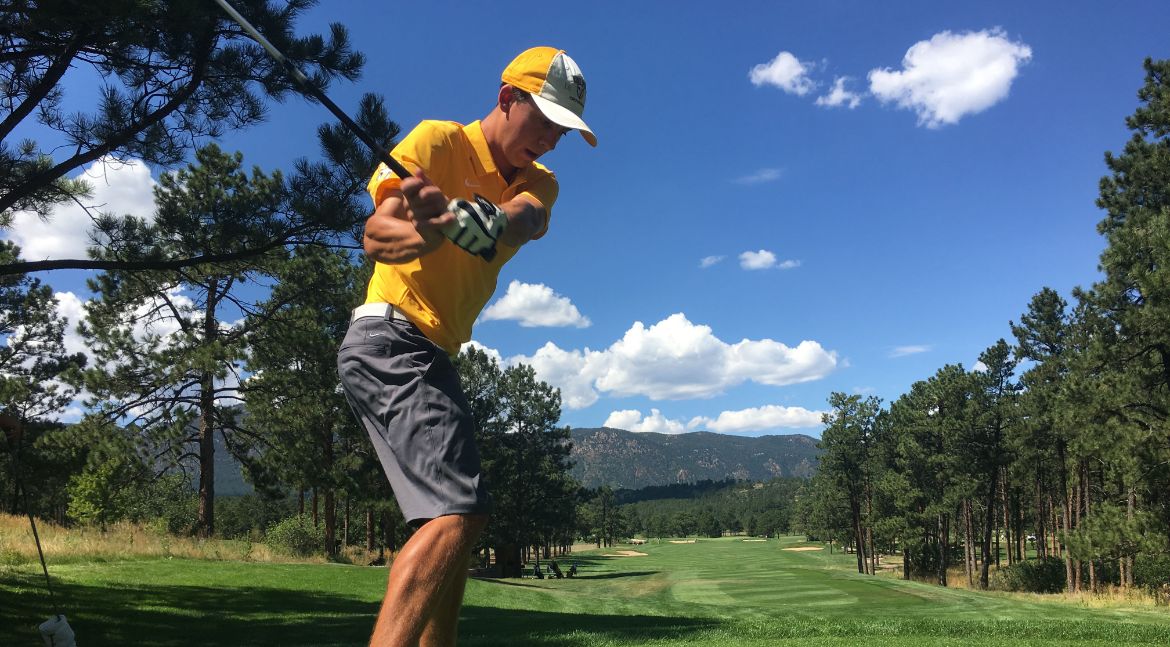 Caleb VanArragon shot even par in Round 1 on Friday.

“Playing at a completely different elevation here in the mountains of Colorado Springs has been an adjustment for us with our distances in approaches to the greens. I feel the guys have done a great job of selecting the correct clubs in their approach shots along with taking into consideration the wind direction. The guys are playing smart and their course management today was really good.”

“Caleb, Garrett and Jack were all steady and solid for us today. They never put themselves in poor situations and their course management with all of the elevation numbers to consider and wind was excellent.”

The 18-team, 54-hole event will continue on Saturday. A link to live scoring via GolfStat is available on ValpoAthletics.com.