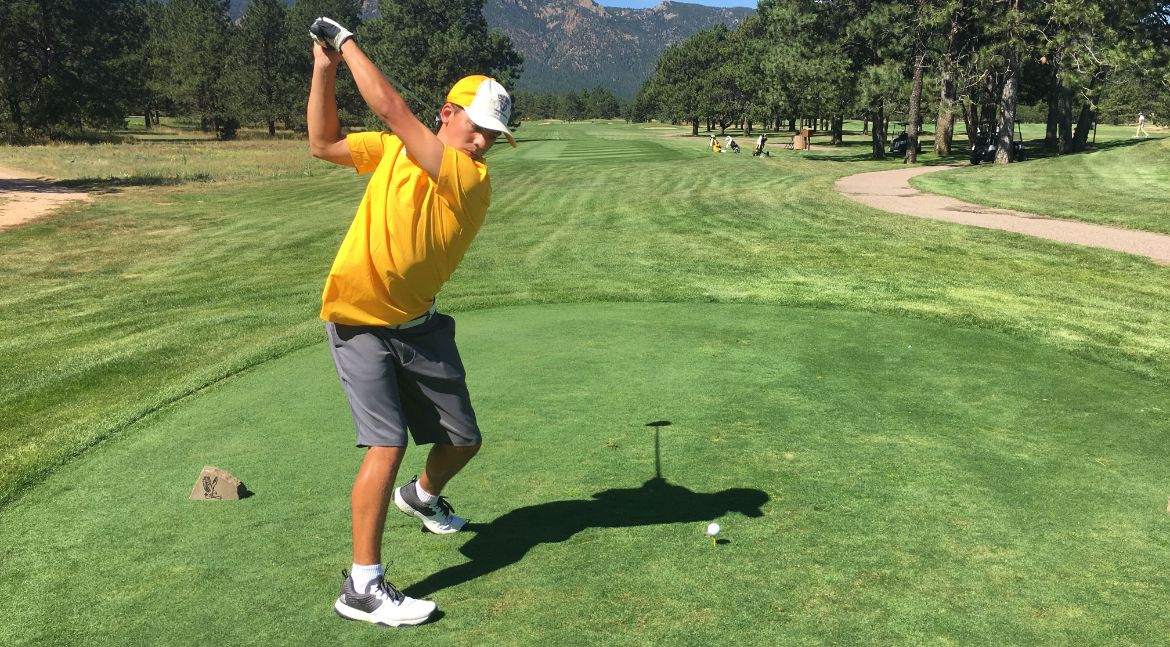 Caleb VanArragon put together a round of one under par on Saturday.

Freshman Caleb VanArragon (Blaine, Minn. / Blaine) followed his even-par opening round with an even better Round 2, going a stroke under to lead the Valparaiso University men’s golf team on Saturday at the Gene Miranda Falcon Invite hosted by Air Force at Eisenhower Golf Course in Colorado Springs, Colo.

“The green complexes and design are excellent on this golf course. We had our challenges for the second consecutive day hitting to the best part of the green in our approaches, along with making putts. We had too many putts in both rounds and that continues to put pressure on the ball striking and chipping around the greens. We need to do a better job of managing our approach shots to the green to give us the highest percentage putts.”

“This course commands good shots from every facet of the game. While our birdie production was much better today, we had more doubles and triples that absolutely kills any rhythm and momentum. We bounced back on the back nine of our round today, and the guys kept playing hard despite a poor front nine.”

“Despite a double-bogey on the Par-4 15th hole, Caleb had four birdies and one bogey. He hit 86 percent of his fairways and 61 percent of his greens in regulation. Most importantly, Caleb had 27 putts for the second consecutive day, which is fabulous on these greens.”

The 18-team, 54-hole tournament will conclude on Sunday. A link to live scoring via GolfStat is available on ValpoAthletics.com.