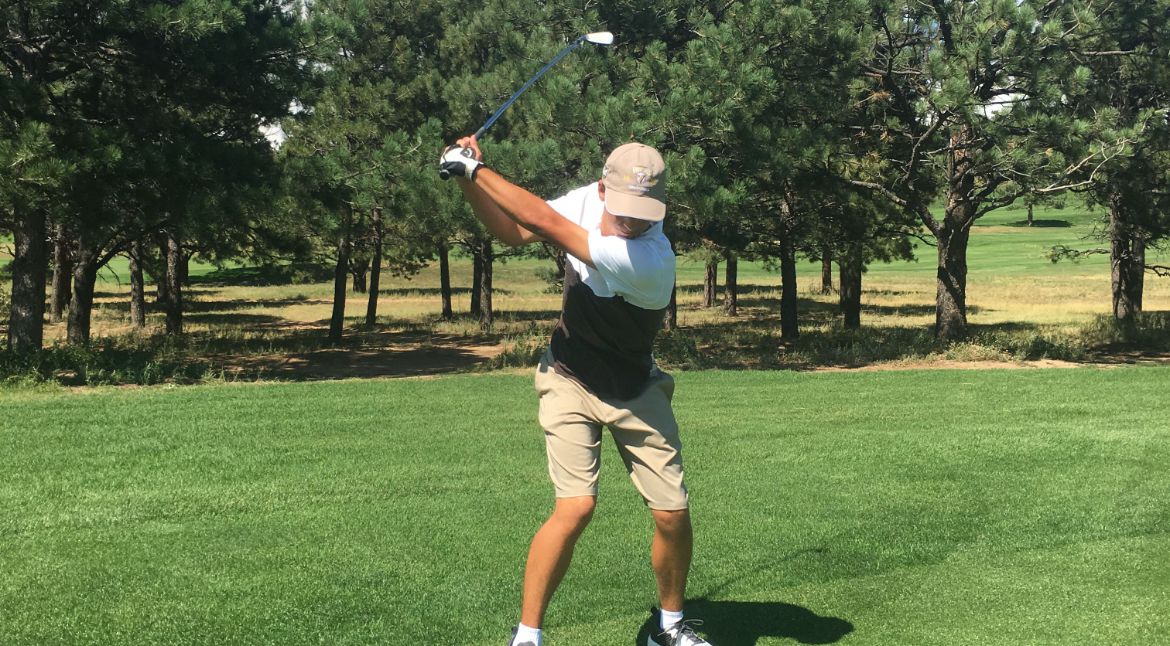 Freshman Caleb VanArragon had the fifth-best 54-hole tournament score in relation to par in program history on Sunday.

The Valparaiso University men’s golf team had its best round of the weekend on Sunday at the Gene Miranda Falcon Invite hosted by Air Force at Eisenhower Golf Course in Colorado Springs, Colo. Valpo bettered its Saturday round by eight strokes while advancing from tied for 14th to sole possession of 12th on the final day of the tournament. In addition, freshman Caleb VanArragon (Blaine, Minn. / Blaine) inserted his name into the program record book by virtue of his performance over the 54 holes this weekend.

“In our team meeting last night, we talked about finishing the tournament strong, beating the teams in our foursome and trying to leapfrog a couple other teams. We also talked about getting off to a good start in the round and putting with more determination and focus. The guys accomplished all of that today and we were very pleased with our finish to the tournament. I was especially pleased with our back nine scoring with seven birdies in the final eight holes.”

“The golf course was a terrific challenge, especially the design of the greens. We haven’t play golf at elevation in a few years and the guys adjusted very quickly and efficiently. The team played very smart today, hitting to good spots on the greens and making some excellent birdie putts.”

“It was a lot of fun down the stretch with the guys really hitting some good shots and making the critical birdie putts. Both Garrett and Caleb had a terrific back nine, with seven birdies between the two of them. The team played with a lot of confidence and this will give us some nice momentum heading into our tournament next week.”

The team’s next competition will be this season’s home tournament, the Crusader Collegiate at Sand Creek Country Club in Chesterton. The two-day, 54-hole event begins on Monday, Sept. 16. Live scoring will be available via BirdieFire.