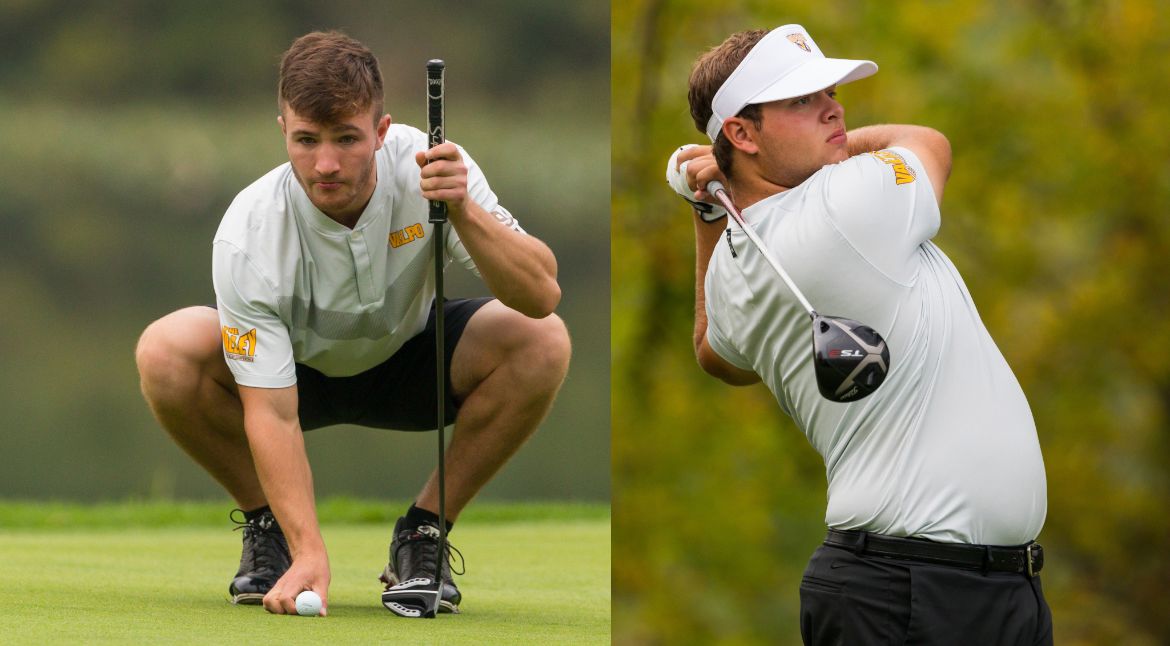 A razor-tight finish saw the Valparaiso University men’s golf team tie for the runner-up position with North Dakota State, just five strokes behind team champion Wright State at the 15-team Crusader Collegiate, which concluded on Tuesday afternoon at Sand Creek Country Club in Chesterton. Valpo was neck-and-neck for the tournament lead throughout the round as the team title came down to the final hole of the day.

“Our coaching staff felt that the team prepared very well for our home tournament with a good plan to attack the course, execute our short game and manage the course well. That may seem like an understatement, but the guys were ready to roll before the tournament started and during all three rounds.”

“We never seemed to be uptight or nervous or quick with our pre-shot routines throughout each round. The guys played with a lot of poise and confidence and we hit a lot of good shots off the tee and into the greens yesterday and today. We had times today that we absolutely needed to hit a chip close to the hole or make a putt and the guys got it done.”

“Our team is still young and to basically be tied on the last hole of the tournament with a chance to win was a thrilling opportunity. While we came up short, the guys were focused and you would not have known that it was all on the line. It was a tremendous experience for us and it's going to leave a little chip on our shoulder as we progress through our season."

“Charlie and Garrett had nine birdies and an eagle between the two of them today. These two guys hit a lot of good shots today and throughout the tournament. Their shot execution was really good and they played very smart, not getting themselves into poor positions on the course. It’s encouraging see our two sophomores leading the team in this tournament, and it's a great confidence boost for them and their games this season.”

Valpo will return to the course on Monday, Sept. 30 to take part in the Zach Johnson Invitational hosted at Glen Oaks CC in West Des Moines, Iowa.