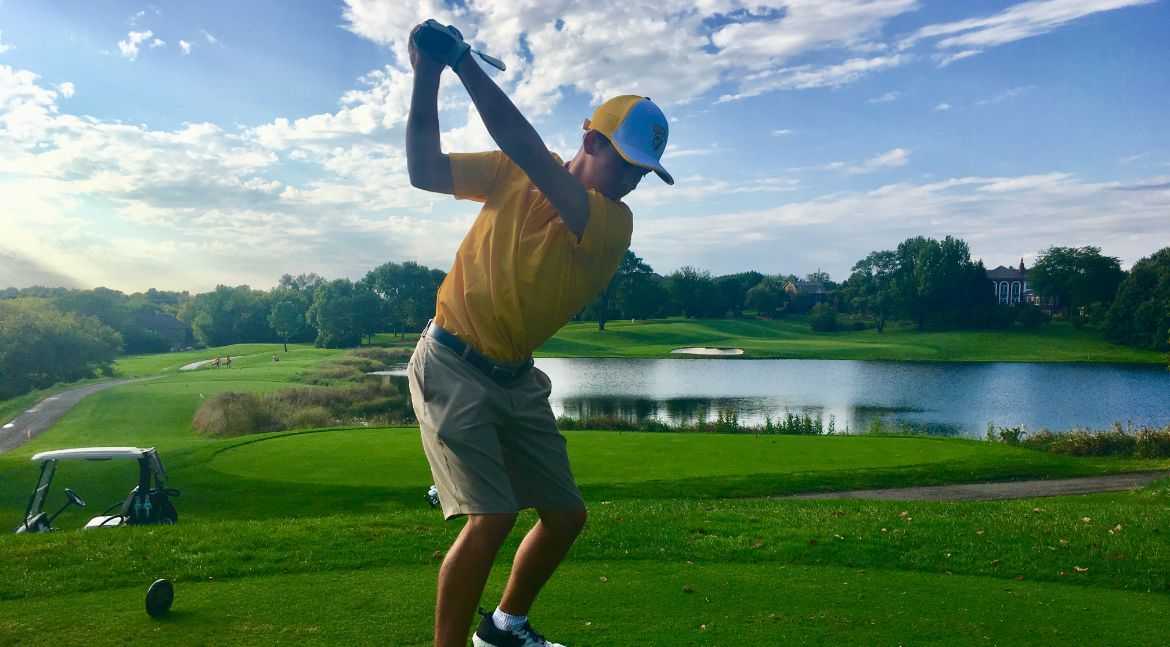 Caleb VanArragon is tied for second through two rounds.

For the second consecutive tournament, the Valparaiso University men’s golf team finds itself very much involved in a tight race for the team title entering the final round. Valpo led the 12-team field through one round on Monday at the Zach Johnson Invitational hosted by Drake at Glen Oaks Country Club in West Des Moines, Iowa. After Round 2, the Brown & Gold are part of a three-way tie for second, two strokes behind first-place Loyola.

“We were able to get out to a quick start this morning with nine birdies in our first 4-5 holes for each player. We sustained that lead all day up until the last hole. When you factor in the 87-degree temperatures, walking 36 holes of golf and a continuous 15-20 mph wind all day, the guys played hard and gave it their best.”

“Garrett and Caleb played tremendous for us all day under some pretty challenging conditions.  Both of the guys had seven birdies and they didn't have any double or triple bogeys. I thought Caleb’s first round was exceptional and Garrett was very consistent through the 36 holes. It's exciting to have two players in the running for the individual title for the second tournament in a row.”

Valpo will play the final round of the Zach Johnson Invitational hosted at Glen Oaks CC in West Des Moines, Iowa on Tuesday beginning at 8:30 a.m. Live scoring is available via BirdieFire with the link available on ValpoAthletics.com.