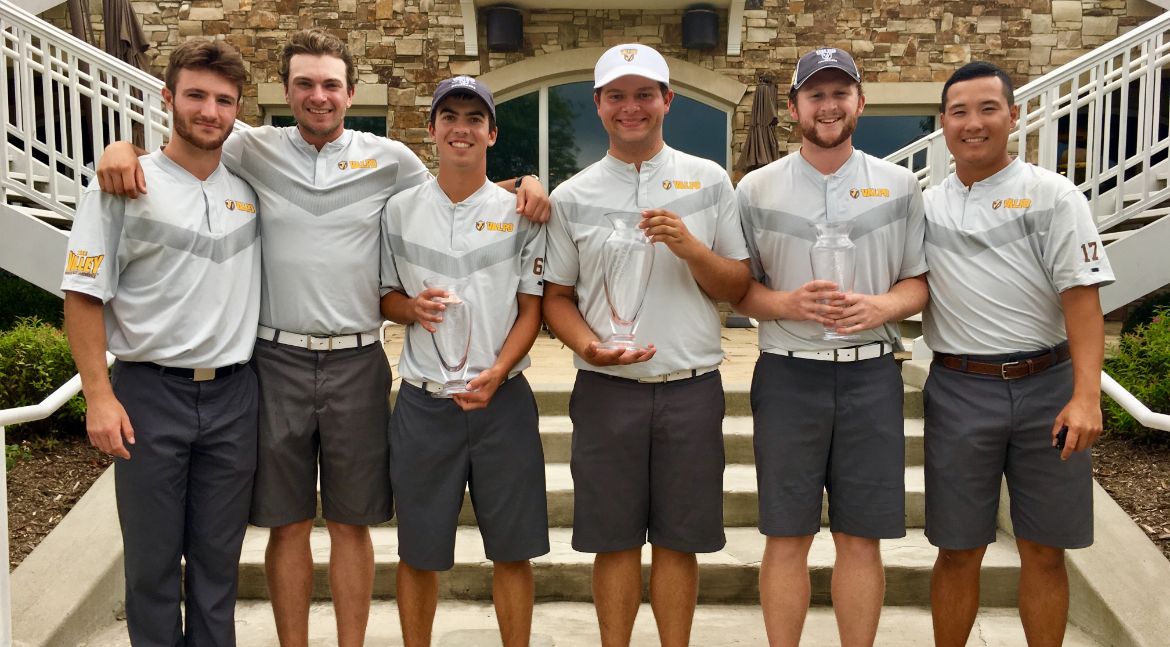 “This was our most important round of the year since we had such a challenging finish to our 36 holes of play yesterday. We gave up a lot of ground to numerous teams, along with the lead for the day. The guys were really disappointed after the close of play yesterday, and they had a choice to either focus on the negatives or reset the clock and get after it today.”

“Our start was slow, especially with playing two of the Par 5s only two under par. We gave up even more ground to a portion of the field and we got to a point where we were +9 for the day.  The momentum shifted pretty quickly as we were heading into the back nine, namely with Drew Alexander stringing together four consecutive birdies. Charlie added a birdie and Matt and Garrett added two birdies each, while we played the last nine holes at four under. We removed the nine-shot deficit to the leaders and had it tied with one hole remaining."

“While we just came up short for the second consecutive tournament, the guys really played with a lot of determination and confidence. It was fun to be on the course with them, erasing the deficit and watching them hit a lot of good shots, under some pretty good pressure. We weren't able to be in the same group as Loyola, so it was a little difficult to know what they were doing.  We kept our focus on what we could control and it was a complete opposite and positive result from the end of the day yesterday.”

“In four tournaments this fall, Garrett has a medalist and runner-up individual finish for us. His ball-striking was exceptional today, hitting 10 out of 14 fairways and 15 out of 18 greens in regulation. His putting is about the best on the entire team and he's executing important shots when he needs them. Caleb piled on the pars all day today and was narrowly missing numerous birdie putts. He just missed a 20' putt on the last hole to be in a tie with Garrett. Both of these guys played with a lot of confidence this weekend and showed great leadership to our entire team.”

The final event of the fall campaign will take place in Jonesboro, Ark. as Arkansas State hosts the Bubba Barnett Intercollegiate beginning on Monday, Oct. 14 at Ridepointe Country Club.