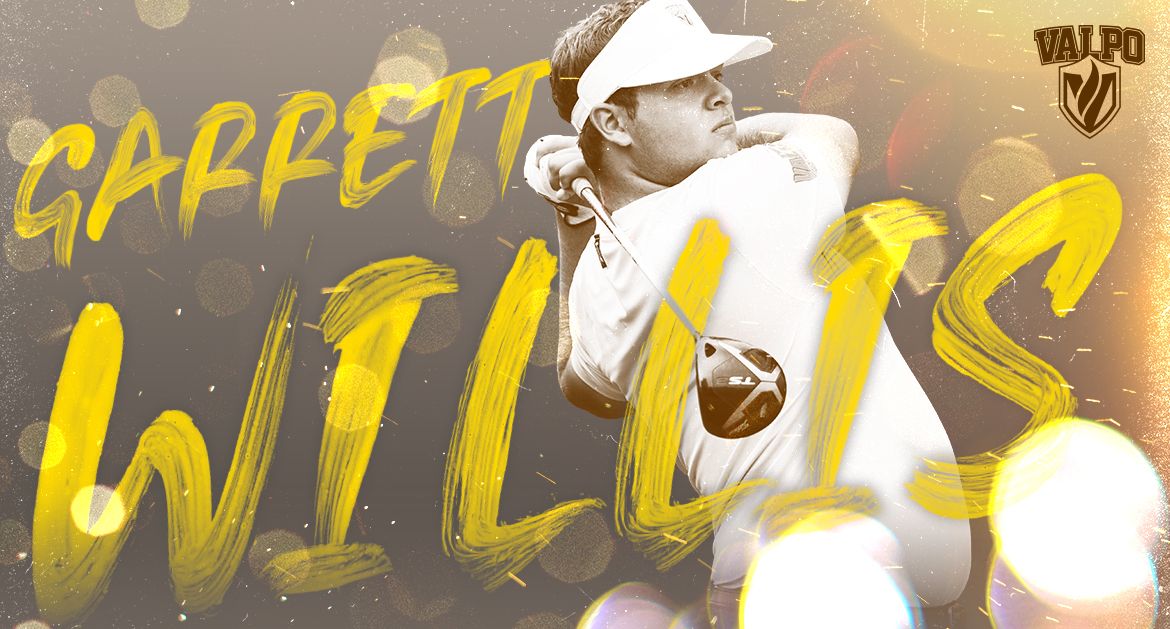 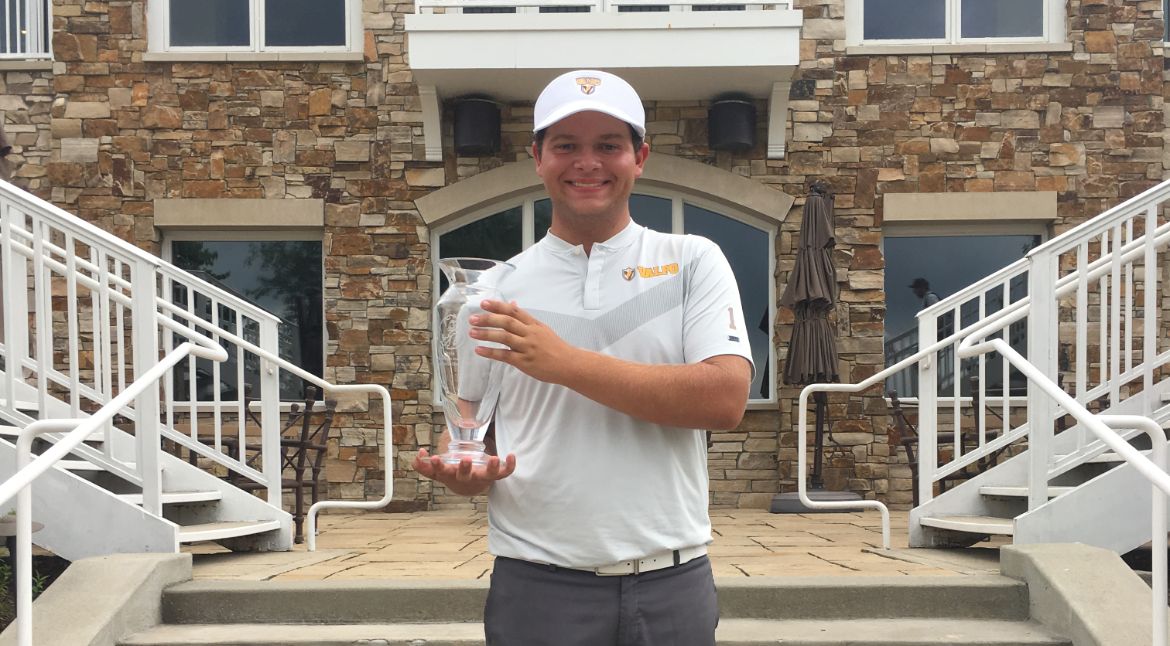 After taking medalist honors for the first time in his collegiate career, Valparaiso University men’s golf sophomore Garrett Willis (Fort Wayne, Ind. / Homestead) was named a Missouri Valley Conference Golfer of the Week on Wednesday. He shared the weekly men’s golf honor with Illinois State’s David Perkins, who finished third with a 202 (-11) at the Bearcat Invitational.

Willis took home the individual trophy at this week's Zach Johnson Invitational, which was hosted by Drake at Glen Oaks Country Club in West Des Moines, Iowa. He posted a 54-hole score of 215 (+2, 72-73-70) on the par-71, 6998-yard course, closing out the event by going one under during the final 18 holes.

The Valpo sophomore had 11 birdies over the three rounds to tie for the tournament lead. He knocked in four birdies and carded par or better on 15 of the 18 holes in the third round. Willis hit 10 of 14 fairways and 15 of 18 greens in regulation on Day 2 to secure his second straight top-two finish and his first career individual medalist honor. Willis became the first Valpo player to win a tournament since 2017 and just the fifth player to do so since the program relaunched in 2009-2010. Willis’s performance helped Valpo finish as the team runner-up in the 15-team, 74-player field.

Willis became the second Valpo player to achieve MVC Golfer of the Week status this season, joining freshman Caleb VanArragon (Sept. 4). Valpo, in its third year of MVC membership, has won five men’s golfer of the week awards in that time. All five have been secured by underclassmen with the previous four coming courtesy of freshmen.

Valpo will return to tournament action on Monday, Oct. 14 at the Bubba Barnett Intercollegiate at Ridepointe Country Club in Jonesboro, Ark. That event, which is hosted by Arkansas State, will round out the team’s fall slate.