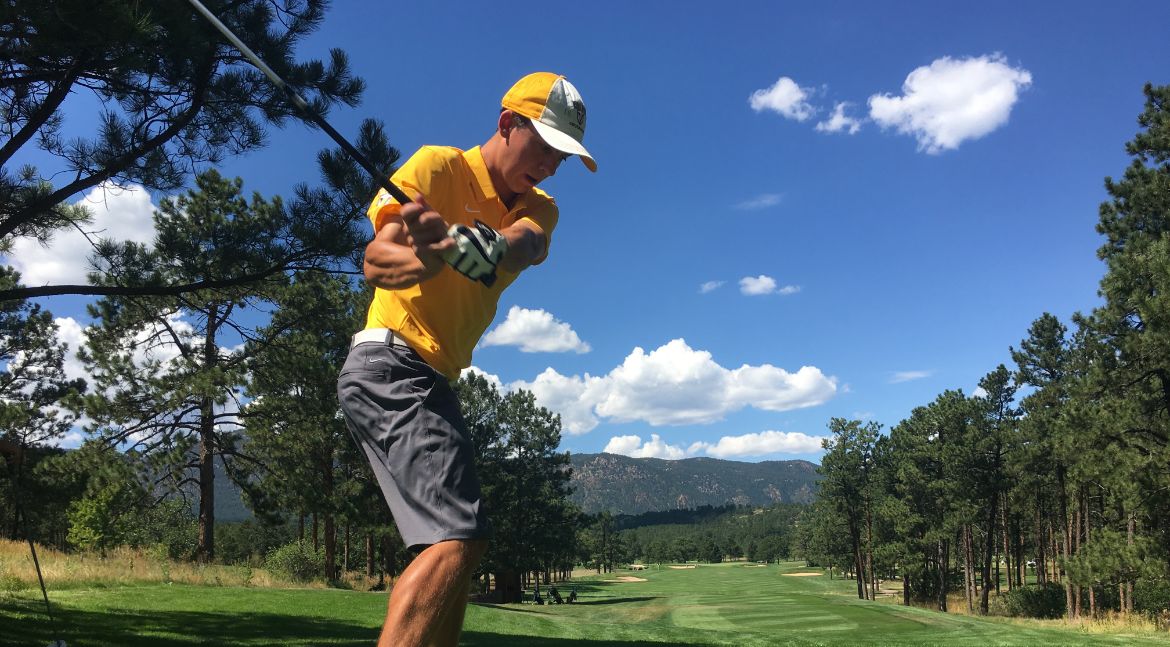 Caleb VanArragon was two strokes under par in Round 2 on Monday.

The Valparaiso University men’s golf team sits in the middle of the pack in a competitive field through two rounds of the Bubba Barnett Intercollegiate, hosted by Arkansas State. The team was led by freshman Caleb VanArragon (Blaine, Minn. / Blaine) on the first day of competition at Ridgepointe Country Club in Jonesboro, Ark. on Monday.

“We did not play well today and there were times that our course management and shot execution was pretty sloppy. We really struggled on the Par 3s, with only two birdies and three double bogeys on the day. We were 10 over in the second round for all five players on the Par 3s and the holes weren’t even playing that challenging. Our Par 5 scoring continues to be a sore spot for us, with three double bogeys and a triple bogey just in the first round.”

“Over our last few tournaments, we have avoided most of the double and triple bogeys, but that wasn't the case for us today. We had six doubles and two triples in the first round and six double bogeys in the second round. That represents how many over par that we are for the entire tournament. We're playing too many good holes for us to give away shots on a couple handfuls of holes during a given round.”

“We gave back eight shots to par over the last four holes of the day and that was another difference in us finishing in a better position going into tomorrow's final round. We know that we have the talent and opportunity to play better tomorrow, so we're looking forward to finishing with a good final round.”

“Drew paced us well with five birdies in the first round. Caleb followed that performance with six birdies in the second round. Both of the guys really had a good handle on the speed of the greens for each of those rounds and their proximity to the hole was terrific.”

A productive fall season for Valpo men’s golf will come to an end on Tuesday at Ridepointe Country Club. The team will look to round out the fall slate on a high note. Tee times begin at 8 a.m. and live scoring will be available on ValpoAthletics.com via GolfStat.