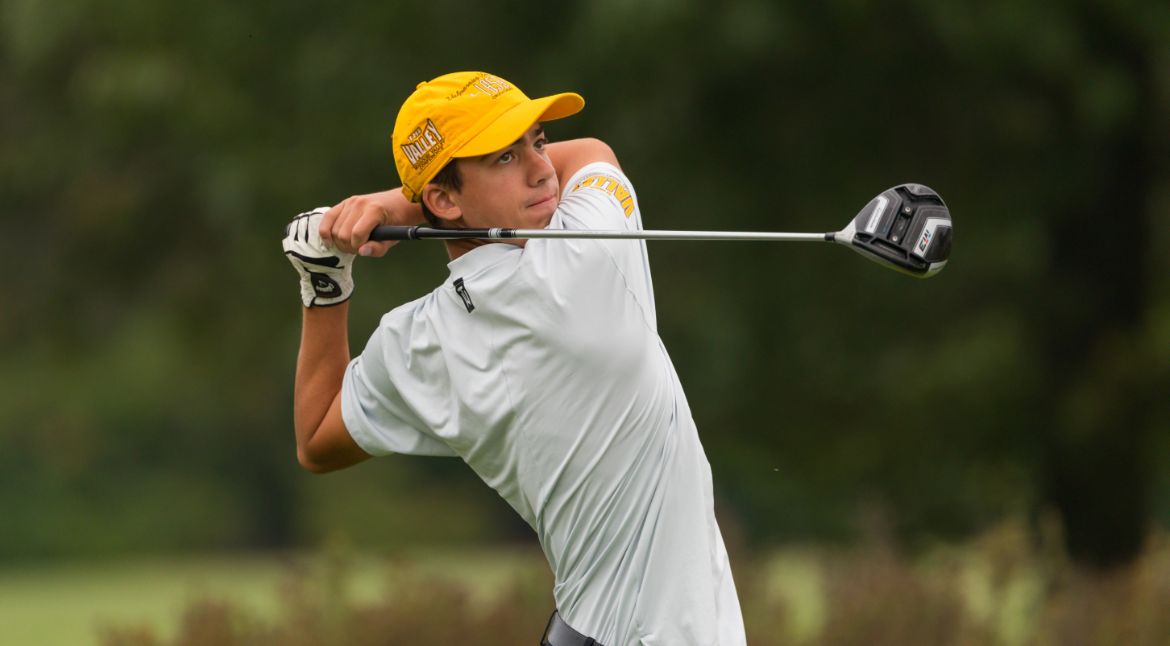 Freshman Caleb VanArragon finished the fall as the team leader in scoring average.

The Valparaiso University men’s golf team closed out a strong fall season on Tuesday with a quality final day at the Bubba Barnett Intercollegiate, hosted by Arkansas State at RidgePointe Country Club in Jonesboro. Valpo secured a Top 5 finish thanks to its best round of the event.

“We have finished almost every tournament this fall with our best team score in the final round. I feel it says a lot about the strong mental approach of our players. They play hard until each tournament is finished. We were able to leapfrog several teams today and close with one of our best rounds of the season.”

“Our course management was much better today along with our chipping and putting. This is the first time we have played on Bermuda grass all season and it was definitely an adjustment for the team. The guys managed their shots on that turf very well today.”

“This was one of the most balanced team efforts since the start of the season and was a great way to end the fall portion of our season. Jack’s ball-striking was exceptional today. Garrett got off to a slow start, but played very steady the majority of the round. Matt finished the tournament with two steady rounds and Drew kept battling through his round. Caleb had another tremendous performance for us and an excellent finish to his fall season.

With a productive fall season in the books, Valpo will next compete on Saturday, Feb. 15 at The Invitational at Savannah Harbor in Savannah, Ga.