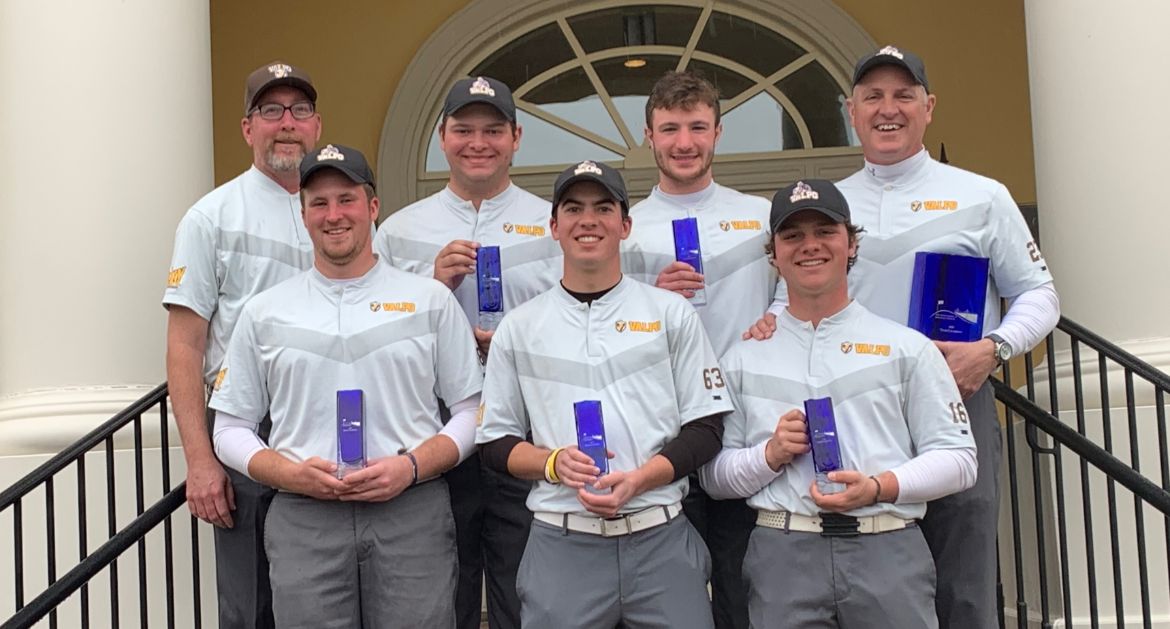 The Valpo men's golf team won a 19-team event this weekend, its first tournament title since 2015. 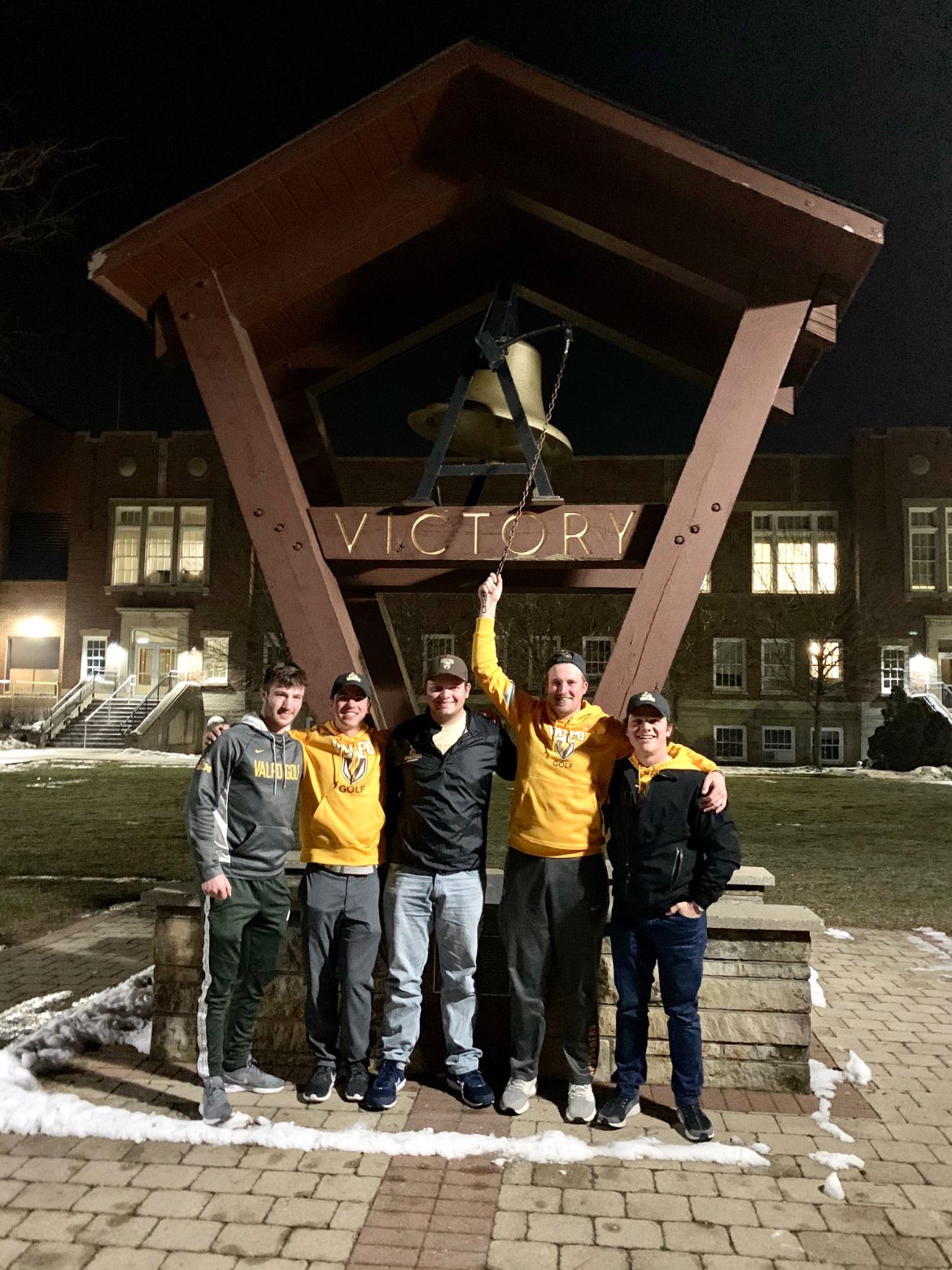 When Valparaiso University men’s golfers return to campus following this weekend’s stay in Savannah, Ga., they will bring championship hardware with them. Valpo earned the team title in the 19-team event, finishing the 54 holes with a team score of 869 (+5), tying for the third-best mark in relation to par in program history.

“It had been four months since our last tournament, so we knew that we would have some rust to kick off to start the spring season. When the first round of the new year commences, expectations are always high and the guys feel they can play like they’re in midseason form. We talked about being patient throughout this entire tournament, working through poor shots and focusing on the next shot. We had some of those mental mistakes in the first round, but the guys bounced back extremely well in the second and third rounds.”

“Our birdie production in the second and third rounds was where we need it to be. We struggled to make quality putts in the first round, but the guys really got a good feel for the speed and their reads on the greens in the last two rounds. We made a lot of birdie putts from 10-20 feet, and when you can add those to the shots we knocked close to the pin, there’s going to be some good scoring.”

“This victory is really a tribute to our players’ quality work during this offseason. They worked very diligently in our Golf Room on short game, on the Trackman Simulator on mechanics and hitting assorted shots and even with cardio and weights during workouts. To kickoff our spring season with this type of win is important to us, picking up where we left off in the fall and setting a good tone for the spring.”

"With team efforts come team victories and everyone on the team participated. The guys that weren't traveling were sending encouraging texts all weekend and the guys that were playing all hit critical shots and made important putts when we absolutely needed it. To watch the quality shot execution throughout all three rounds and through some windy conditions on Saturday was thrilling.”

“Caleb was right around that medalist score all weekend. While he had a tremendous third-place finish, his 15 birdies led the field and he hit a lot of fairways and greens, all on a course that he had never seen before. He played very steady for us again this weekend and he had a lot of fun during the entire tournament.”

Valpo will be back in action on Monday, March 9 at the Orlando Invitational at Mission Inn in Howey-in-the-Hills, Fla.