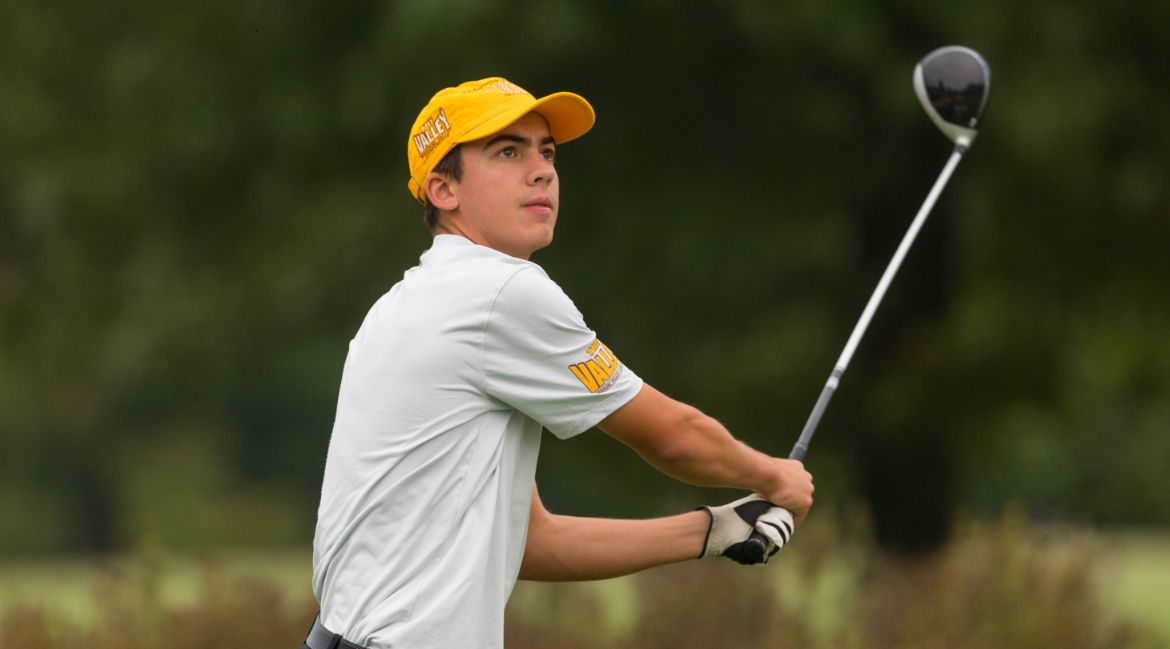 Freshman Caleb VanArragon had his fourth Top-10 finish of the season.

Caleb VanArragon (Blaine, Minn. / Blaine) added another Top-10 finish to his season resume this week at the Orlando Invitational hosted by George Mason at Mission Inn in Howey-In-The-Hills, Fla. The freshman led the way for the Valparaiso University men’s golf team, which finished with a team score 942 over 54 holes for the tournament.

Valpo will have a quick tournament for a tournament that begins on Friday at GCU Golf Course in Phoenix. A link to live scoring via GolfStat is available on ValpoAthletics.com.