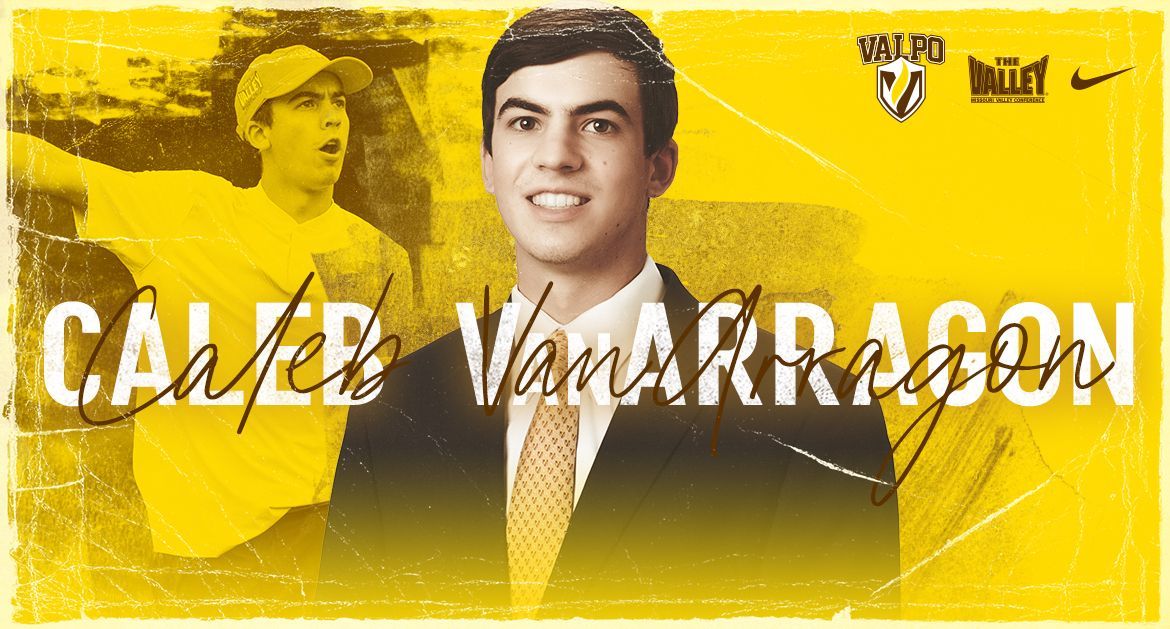 For the third time this season and the fifth time in his career, Valparaiso University men’s golf sophomore Caleb VanArragon (Blaine, Minn. / Blaine) has earned the Missouri Valley Conference Golfer of the Week award.

VanArragon was recognized by the league office on Thursday following his first career individual medalist honor this week at the Wright State Invitational, overcoming a five-stroke deficit in the final round to climb from fourth to first and overtake Wright State’s Austin Schoonmaker for the top spot in an 87-player field.

VanArragon carded a 210 (-3, 69-73-68) on a par-71, 7075-yard Heatherwoode Golf Club course in Springboro, Ohio, topping Schoonmaker on a scorecard tiebreaker based on the final round. VanArragon’s 68 (-3) in Round 3 matched a career low, the fourth time this season he’s turned in a 68. The sophomore’s efforts helped Valpo finish as the team runner-up in the 17-team event. VanArragon produced 11 birdies, the second-most in the field, and had the second-best par-4 scoring average in the tournament. He has finished as either the individual medalist or the runner-up in three consecutive events.

VanArragon holds a team-best 72.26 season scoring average and has produced nine rounds of par or better including five sub-70 rounds. He and his teammates will compete in the MVC Championship hosted by Loyola in Flossmoor, Ill. beginning on Monday, April 26.