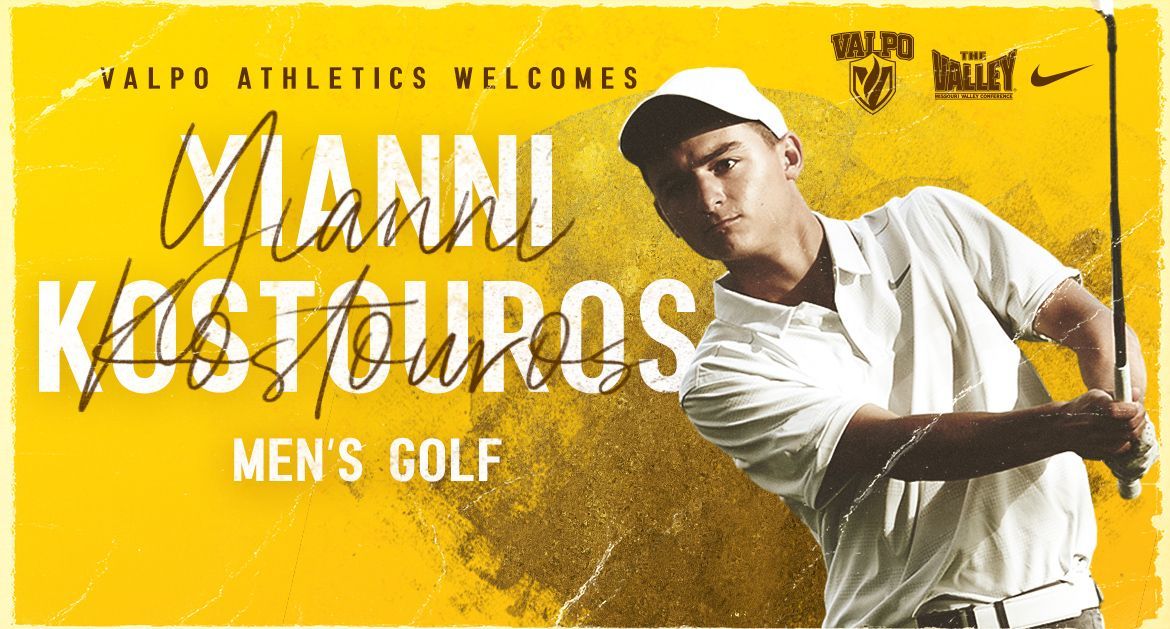 The Valparaiso University men’s golf program has added to its roster for the 2021-2022 season as Northwest Indiana native Yianni Kostouros (Crown Point, Ind. / Crown Point [Ball State]) has joined the program as a transfer.

Kostouros posted a 76.56 scoring average over nine rounds this season at Ball State with a season-low 72 occurring in the third round of the Hoosier Collegiate Invitational on April 4. Kostouros competed in six events totaling 15 rounds during the pandemic-shortened 2019-20 season as a sophomore. He posted a 74.60 average that season.

“Our players and coaching staff are thrilled to welcome Yianni Kostouros to our team,” Valpo head coach Dave Gring said. “Yianni brings a wealth of experience, having competed at the Division-I level for the past three years. He has a tremendous amount of tournament experience and his leadership on and off the golf course will be welcomed and fit very well with our program.”

Kostouros also played in nine events as a freshman, bursting onto the scene with a 74.95 stroke average over 22 rounds. The Crown Point High School product earned all-state as a senior, winning the State Preview at Prairie View Golf Club. He also won his sectional championship and qualified for the IHSAA state finals twice, garnering conference and regional medalist honors as a junior.

Kostouros set the Duneland Athletic Conference Tournament scoring record with a round of 67 and was named the Post-Tribune Golfer of the Year in 2016. The 2013 Greece Junior national champion in Athens, Kostouros placed in the top 10 in the 2017 Golfweek Junior Tour and won the 2016 Rocky Mountain Junior Tour Tournament of Champions.

“Yianni has an exceptional family and the support and encouragement that his parents provide every year has certainly made him into the talented player that he is today,” Gring said. “He's a mentally-strong player, he has outstanding course management and his work ethic will be an excellent complement to our team. Yianni has performed very well in the classroom and that will fit well with the academic standards of our team culture. I love the positive attitude that he seems to carry with him every day and the young man loves to win.”

Kostouros joins a Valpo team that finished with a 296.5 team scoring average in 2020-21, ranking second in the program’s modern history. At season’s end, five of the top 10 career scoring averages in program history belonged to members of the 2020-21 squad and two individuals posted single-season scoring averages that cracked the program’s top 10. The 2021-22 roster will feature four newcomers and four returning players.

“We are blessed with a well-balanced team and eight guys who really relish the opportunity to compete every day,” Gring said. “Yianni is already looking forward to getting to work with the team and he will be an energetic and active member of our program.”