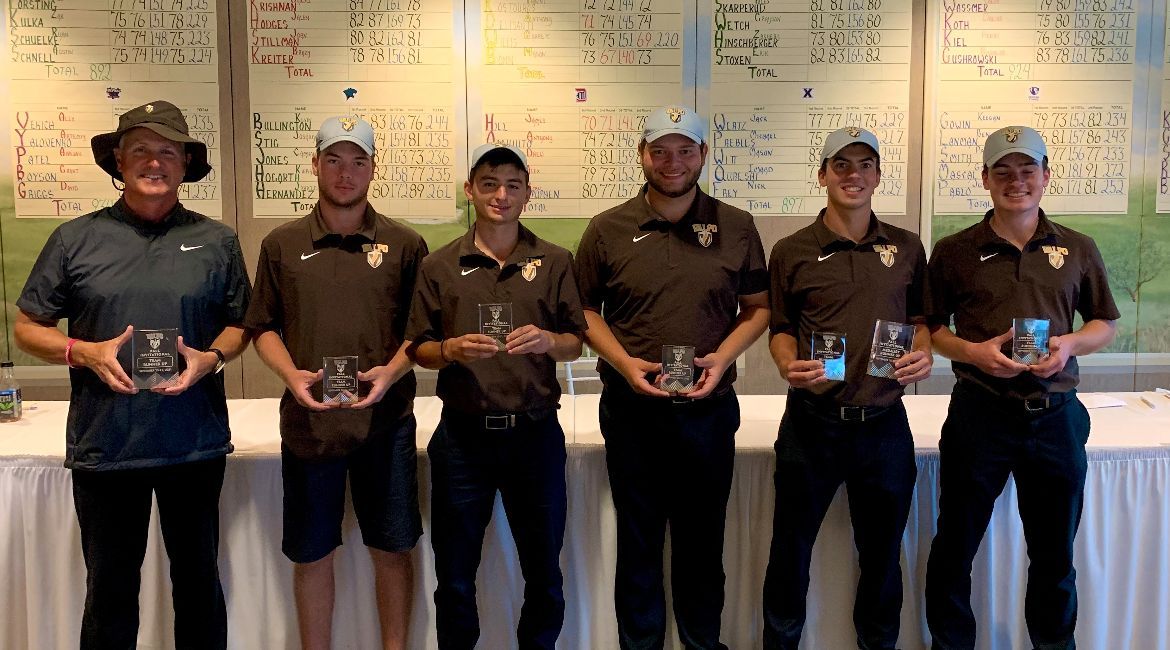 Valpo finished as the team runner-up at this week's tournament in Chesterton.

The Valparaiso University men’s golf team finished as the runner-up of its home tournament this week at the par-72, 7042-yard Sand Creek Country Club in Chesterton, Ind. The Beacons put together one of the best tournament performances in the program’s modern history and were led by Caleb VanArragon (Blaine, Minn. / Blaine), who finished as the individual runner-up in the 75-player field. Valpo’s glowing scores came despite battling rainy conditions throughout the tournament.

“Our guys love to compete and all seven of them really put in a terrific effort in the final round.  They were relentless in their pursuit of winning the tournament and played hard right down to the final hole. Wright State has played very well in all of their tournaments this fall, and it was thrilling to have the adrenaline juices flowing and trying to overcome their 36-hole lead.”

“The tournament gave us another tremendous boost of confidence and we feel we can be competitive in every event that we play. Mason had his best tournament as a Beacon and Caleb earned his third medalist runner-up finish this calendar year. Our starting five had nine rounds of par or better, and that is an awesome performance on a challenging golf course in rainy weather. We have some more work to do before our next tournament at Drake. We will enjoy this finish and look forward to the next time we can compete.”

The team’s next tournament will begin on Monday, Sept. 27 in West Des Moines, Iowa as Valpo partakes in the Zach Johnson Invitational, which is hosted by Drake at Glen Oaks CC.