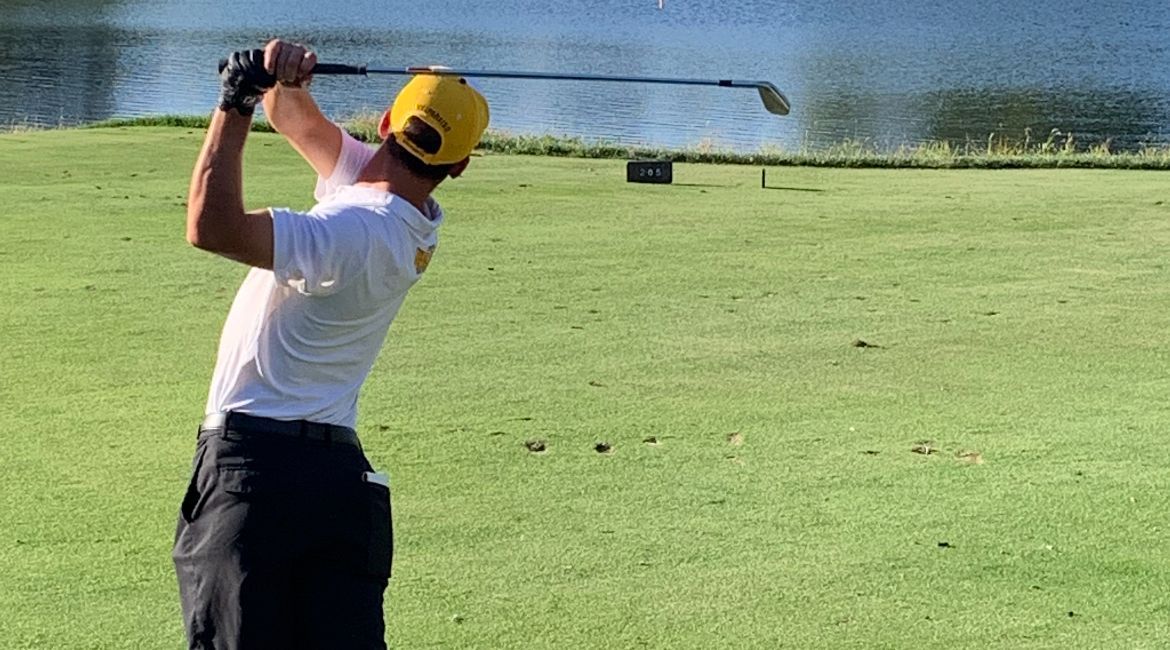 Caleb VanArragon golfed a career low in the second round on Monday.

Entering the final round of the tournament, the Valparaiso University men’s golf team is in the mix for the team title at the Zach Johnson Invitational, which is being hosted by Drake at the par-71, 6898-yard Glen Oaks Country Club in West Des Moines, Iowa this week. In addition to the team’s competitive showing on Monday, junior Caleb VanArragon (Blaine, Minn. / Blaine) is vying for medalist honors through two rounds.

“While there were a lot of good shots with greens in regulation and hitting fairways off the tee, we still didn’t play very sharply today. We lost a lot of shots on the greens and we will need to clean that up for the final round. I thought that our reading of the greens was adequate, but not great. Our real problem was playing to the speed of the greens, especially on our putts inside of 15 feet. The greens were running very fast and we seemed to really be pressing on making putts from that distance.”

“Caleb played terrific for us today. He had 10 birdies and four bogeys, with the remaining 22 holes all pars. He’s really playing with a lot of confidence, both with his shots into the greens and his putting. He’s done well not getting himself into trouble, especially off the tee.  He’s hitting the ball to the right places on the course and giving himself a lot of opportunities for birdies.”

“Our Par-3 scoring was solid again today. We definitely did not take advantage of the Par 5s at all, and we’re going to have to play those better tomorrow. There are too many opportunities to score on the Par 5s, and getting off the tee more effectively is imperative. The team knows what we need to do tomorrow and we’re excited to get after it.”

The team will play the final 18 holes of the Zach Johnson Invitational on Tuesday. Live scoring is available via BirdieFire.