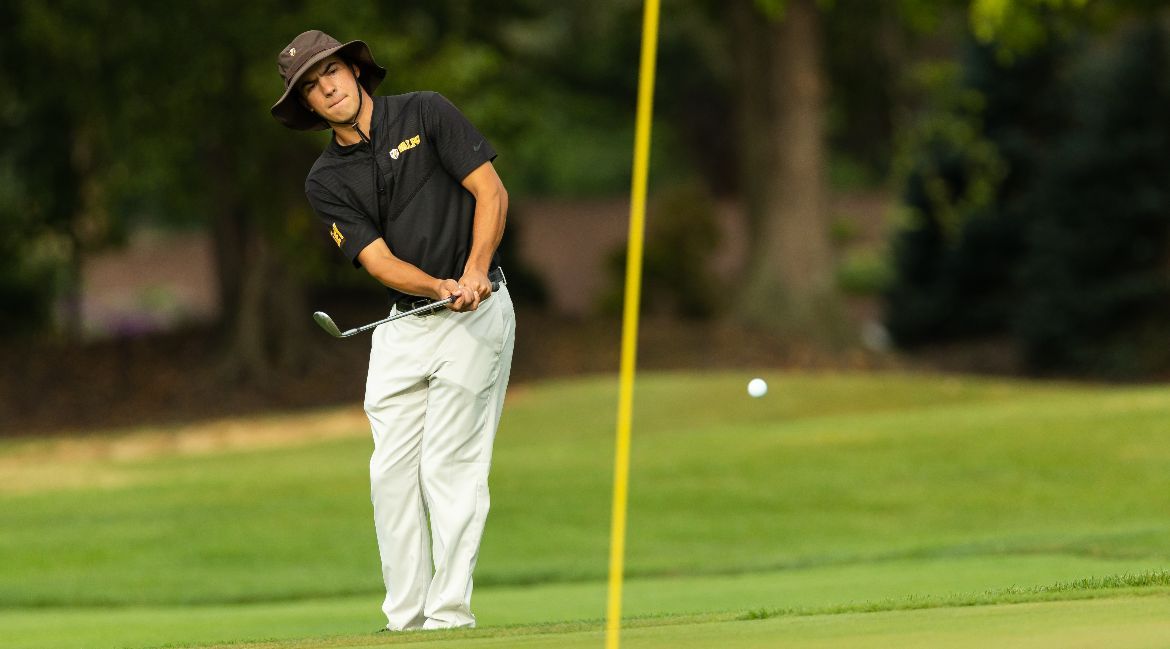 Caleb VanArragon posted a 68 in Round 2 on Monday.

“With some rain and wind at the beginning of the first round, we definitely had a very slow start to our day. We certainly struggled in the first six holes, playing those at 10 over. We knew that we were starting on the toughest stretch of the course, and we dug ourselves a hole to start the day. The guys showed some poise and resolve, knowing that they had a lot of golf still to play.  We played the last two thirds of the round at five over and finished on a better note.”

“We started the second round on the same stretch of challenging back nine holes and played those even par. It was a solid start for the afternoon round, and the guys played with a lot more energy and confidence. We doubled our birdie production from the first round and greatly reduced the number of double bogeys that we had in the first round – we only had two in the afternoon round. We played the Par 5s better in the second round, but still not to the level that we need. I was very pleased with the Par-3 scoring in the second round.”

“Caleb continues to play very solid for us this fall. His birdie production was really good in the second round, with six birdies in the round and only two bogeys. He just couldn’t get the putts to drop in the first round. He’s playing with a lot of confidence and his ball-striking has been exceptional. The team is going to carry some momentum into tomorrow, and we have a terrific opportunity to finish the tournament well.”

Tee times will begin at 7:30 a.m. on Tuesday with the competitors teeing off the first and 10th holes to commence the third and final round of the event. A link to live scoring via GolfStat is available on ValpoAthletics.com.