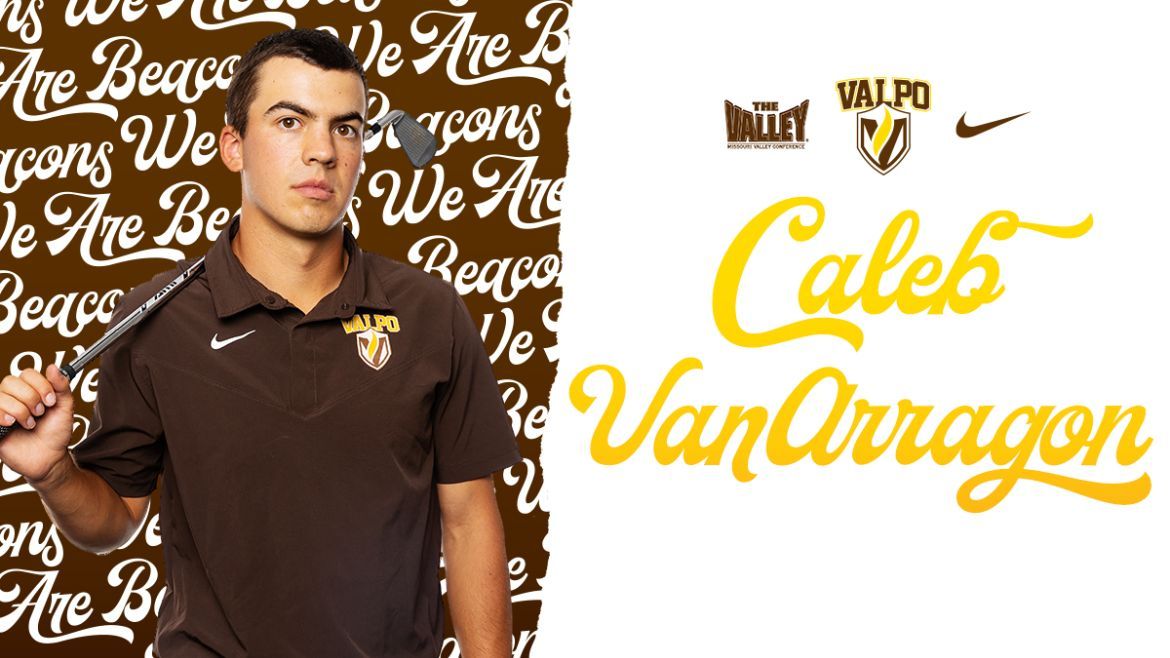 For the eighth time in his Valparaiso University men’s golf career, junior Caleb VanArragon (Blaine, Minn. / Blaine) was named a Missouri Valley Conference Golfer of the Week on Thursday.

VanArragon shared this week’s award with Illinois State’s Joe Hodgson and Valentin Peugnet, marking the third time this season and the second straight week he has earned the conference honor. VanArragon is now tied for 11th in conference history in career Golfer of the Week awards.

VanArragon secured his fourth top-five finish this season and the 11th of his collegiate career by posting a 54-hole score of 215 (-1; 75-68-72) at this week’s Bubba Barnett Intercollegiate, hosted by Arkansas State at the par-72, 6565-yard RidgePointe Country Club in Jonesboro, Ark. VanArragon tied for fourth in a 95-player field.

After posting a 75 during a rainy and windy first round, the Valpo junior bounced back with a 68 (-4) in Round 2, tying for 10th in modern program history in 18-hole score in relation to par. VanArragon joined teammate Garrett Willis as Valpo placed a pair of players in the top 10 en route to the squad’s fifth-place finish in the 17-team tournament.

The Beacons will close out the fall season at the TVA Credit Union Invitational, which will begin on Monday, Oct. 18 at Turtle Point Golf & Yacht Club in Killen, Ala.