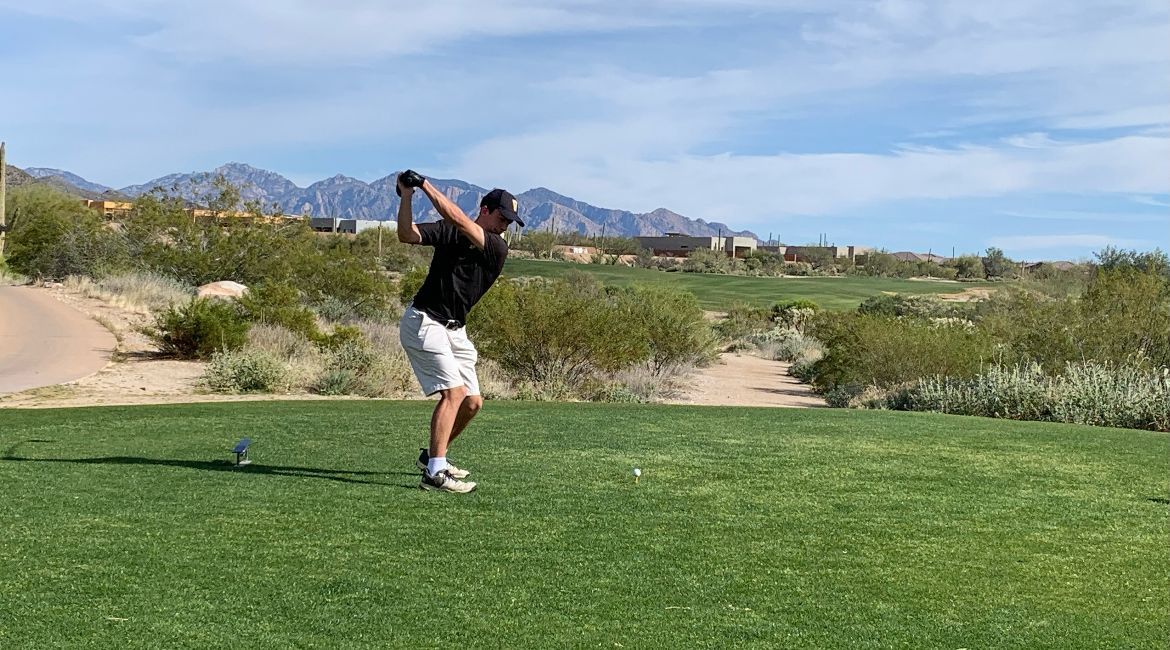 Caleb VanArragon is in second place on the player leaderboard through 36 holes.

The Valparaiso University men’s golf team opened up its first-ever home destination tournament on Monday with the start of the Dove Mountain Intercollegiate at The Golf Club at Dove Mountain in Marana, Ariz. The Beacons are in second place on the team leaderboard, while Caleb VanArragon (Blaine, Minn. / Blaine) holds the No. 2 position on the player leaderboard.

The remainder of the event will take place on Tuesday beginning at 8 a.m. Mountain Time / 9 a.m. Central. A link to live scoring via GolfStat is available on ValpoAthletics.com.