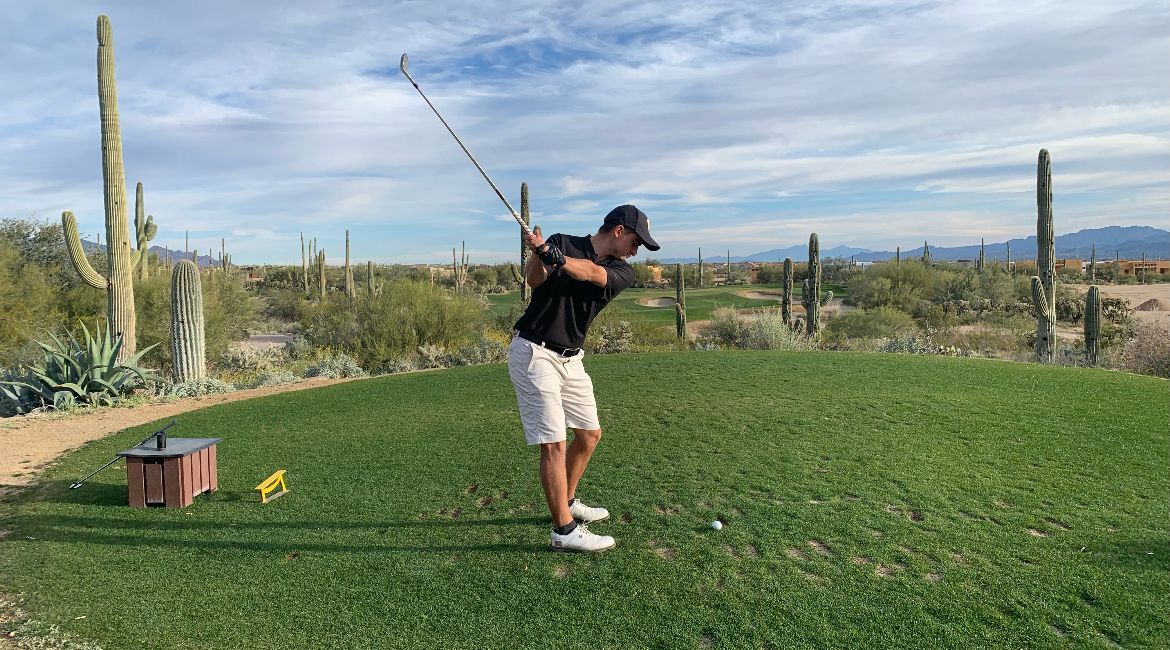 Yianni Kostouros was the individual runner-up at this week's event.

The Valparaiso University men’s golf team closed out a runner-up finish on Tuesday morning at the Twin Oaks Intercollegiate, hosted by Missouri State at the par-71, 6760-yard Twin Oaks Intercollegiate in Springfield, Mo. The Beacons were led by Yianni Kostouros (Crown Point, Ind. / Crown Point [Ball State]), who earned a runner-up finish in the tournament, which was shortened to 36 holes due to inclement weather on Monday afternoon. The team shattered the modern program record for 36-hole tournament team score, while Kostouros tied for the program record for individual 36-hole tournament score.

“This is our fourth tournament this year with a runner-up team finish. While we have been close to bringing home the team title in all four of these events, the experience has been invaluable.  It’s not easy to win any of these tournaments, where there can be seven to 23 teams. The fact that our players are putting ourselves in position to win is very gratifying. We had a lot of putts drop for us yesterday and the birdie production was terrific. With the resumption of the tournament this morning, we had a handful of birdies to get us started, but we couldn’t get enough of the putts to drop to finish the final round.”

“The guys bounced back and responded very well to a disappointing tournament last week in Phoenix. They played with a lot of confidence this weekend and they made excellent decisions on the course throughout both rounds. This was clearly evident with the 22 birdies from the team in the first round. That has been our best team birdie production in a single round this year. We only had two double bogeys in the 12 total rounds this weekend and both of those were a result of a missed green in regulation and a 3-putt. The guys managed the golf course very well all weekend.”

“Sam led our team in total birdies with nine over the two rounds. Yianni had eight birdies and an eagle, but his seven birdies and five in a row yesterday was really special. Each one of the guys had solid birdie production and the ball-striking was excellent. Despite not being able to practice on actual grass this spring outside of our tournament play, the guys are getting sharper with their ball-striking every round.  Our team was thrilled to see Yianni finish runner-up individually in the tournament and he was very steady for us the entire 36 holes. We can’t wait to get back at it again this coming week.”

The Beacons will return to the course next week for the Butler Spring Invitational beginning on Monday, March 28 at Highland CC in Indianapolis.