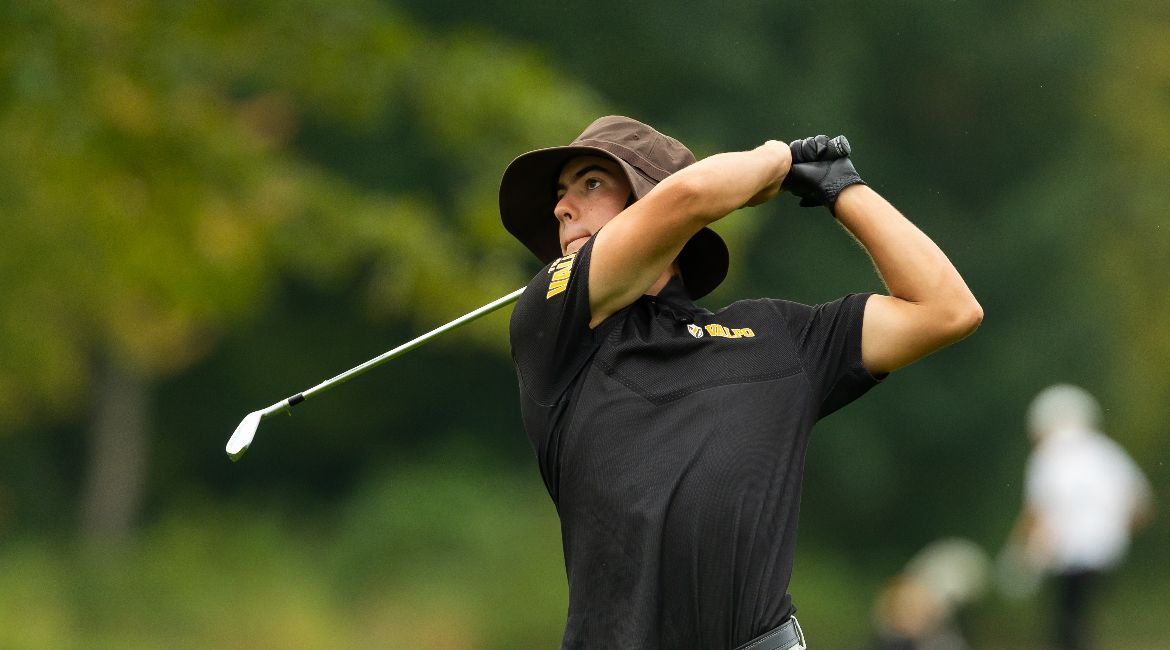 Caleb VanArragon is tied for fifth on the player leaderboard entering Monday's round.

The Valparaiso University men’s golf team enters the final day of the Wright State Invitational hoping to close out its fifth runner-up finish of the season as the Beacons hold the runner-up position through 36 holes. Valpo is set to play its final pre-championship round on Monday at the par-71, 7075-yard Heatherwoode Golf Club in Springboro, Ohio. The tournament uses an unusual six-count-four format.
How It Happened

“While I was very pleased with the effort today by all seven of our players, we struggled on the course, mainly in the second round. The weather was certainly a factor, especially the below freezing temps to start the first round. Even by the middle of the afternoon, the temps were still in the mid-40s. The guys never complained about the 10-12 mph wind or the temps, but it was a grind all day. It’s challenging to keep up the concentration on the golf course for 10 hours over the 36 holes when there’s no break from the weather.”

“We simply didn't play as sharply as we are accustomed to. Our putting was pretty poor, especially the speed of our putts. The greens are in amazing shape and rolling very well, but we had a lot of 3-putts from poor speed. We weren’t sharp with our wedges and didn’t knock enough of them close to the pin for birdies. Twenty-three birdies for six guys over two rounds just isn't enough. Lastly, our Par-3 scoring was some of our worst of the year. That's typically an area that we pick up shots from the field and we didn’t take advantage at all today."

“The guys were giving it their best and I really admire their determination in playing through the adverse conditions.  While Caleb didn't have a very good day with his ball-striking, his chipping around the greens was exemplary and allowed him to scramble for a lot of pars. Sam and Caleb led our team with 23 pars each and Anthony led the team with six birdies. Despite the weather forecast being questionable again for tomorrow, we are looking forward to one more opportunity for regular-season competition.”

The Beacons will play the final 18 holes of the Wright State Invitational in Springboro, Ohio on Monday. The start of Monday’s round has been pushed back to 9 a.m. CT. A link to live scoring via GolfStat is available on ValpoAthletics.com.