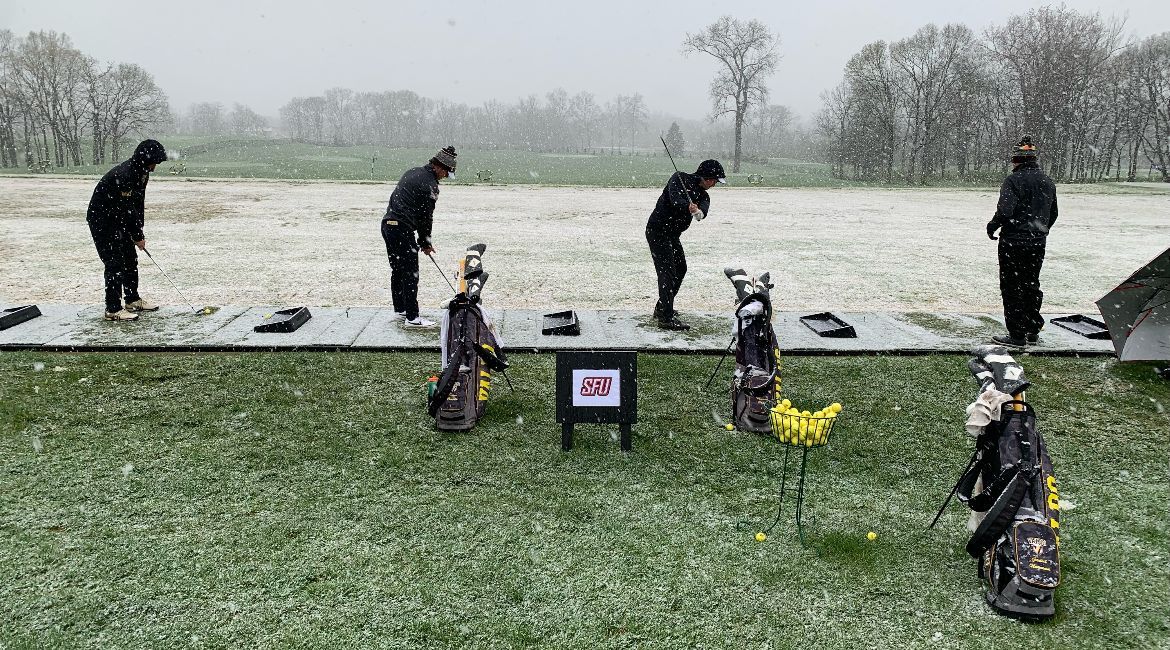 Snow didn't stop four Valpo golfers from spending some time on the range on Monday before departing Ohio.

The Valparaiso University men’s golf team finished as the team runner-up at this week’s Wright State Invitational, which was shortened to 36 holes after Monday’s final round was canceled due to rain and snow.

Valpo finished with a 36-hole score of 592, second only to team champion Wright State (575) in the 13-team field. This marked the team’s fifth runner-up finish and sixth top-two finish of the season. Caleb VanArragon (Blaine, Minn. / Blaine) posted a 36-hole score of 146 (72-74) to finish tied for fifth, while Anthony Delisanti (Sanborn, N.Y. / Niagara Wheatfield) checked in at t-10 with a 148 (74-74) on the par-71, 7075-yard Heatherwoode Golf Club course in Springboro, Ohio. VanArragon notched his eighth top-five finish of the season, while Delisanti recorded his sixth top-10 finish.

The Beacons will return to action for the Missouri Valley Conference Championship on April 25-26 at the Country Club of Paducah in Paducah, Ky.