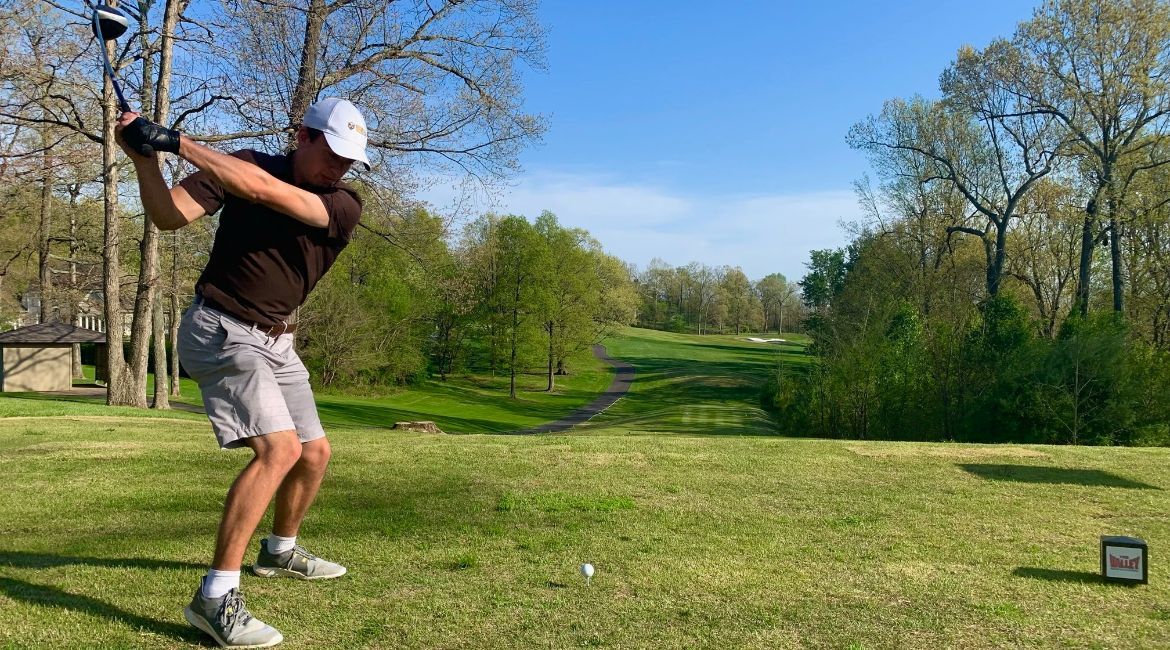 Caleb VanArragon is tied for third through one round.

The Valparaiso University men’s golf team began its quest for an NCAA Tournament berth on Sunday as the Missouri Valley Conference championship got underway at the par-72, 7014-yard Country Club of Paducah in Paducah, Ky. The Beacons finished the first round of the three-round event well within striking distance of the top spot, as third-place Valpo is five shots away from tournament-leading Southern Illinois through 18 holes. Drake is two shots ahead of Valpo for second with two rounds remaining as the teams battle for MVC supremacy and the automatic NCAA Regional berth that goes along with it.

“It was a challenge to make birdies out there today. These green complexes are difficult and you really have to be on the correct side of the hole to make birdie. I felt our ball-striking was solid, especially off the tee. We hit a good amount of greens, but we simply need to knock the ball closer in regulation and make sure we are missing to the best side of the hole.”

“We were pleased with our Par-3 scoring. It still needs to be better, but we know this is an area that we can pick up shots on the field. Caleb played the four Par 3s even par, while Sam played them two over. Our Par-5 scoring was not good and that will improve over the next two rounds.  Anthony and Sam played them even par and we need to take advantage of these scoring opportunities.”

“We have a lot of golf left to be played. The attitudes are terrific on the team and we are looking forward to tomorrow’s second round.”

The format and schedule for Monday have been altered due to the weather forecast as the teams will utilize a shotgun start at 10:30 a.m. Central Time as the second round of the MVC Championship takes place. A link to live scoring via GolfStat is available on ValpoAthletics.com.