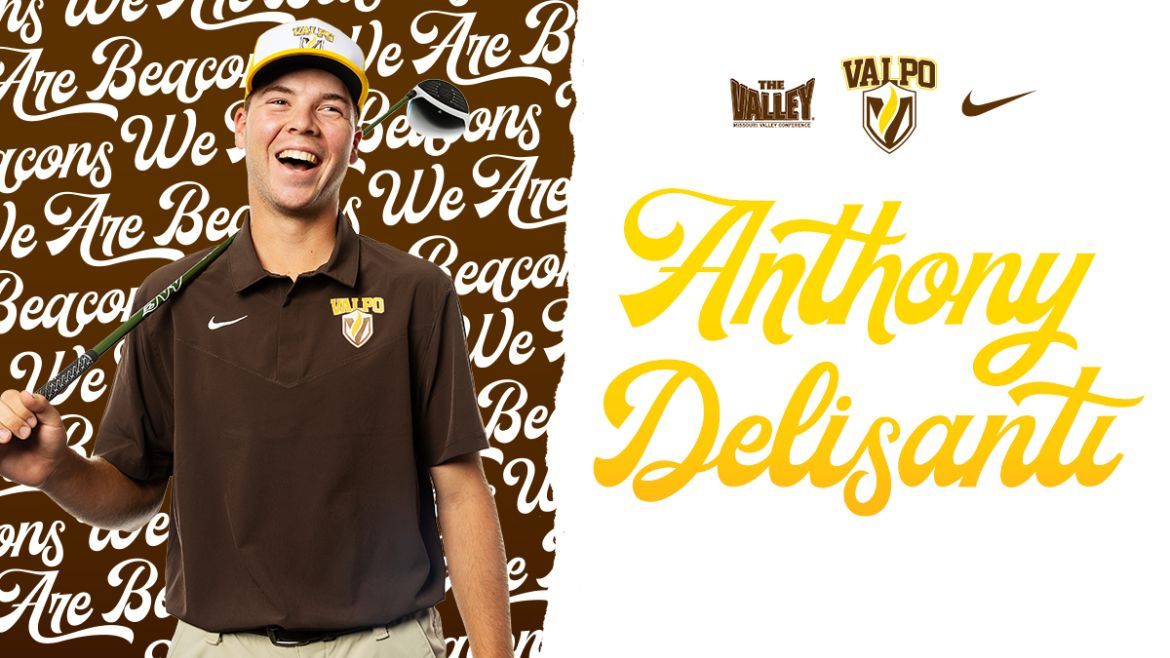 The Valparaiso University men’s golf freshman learned his NCAA Regional destination on Wednesday after earning an automatic bid in the NCAA field by winning medalist honors at the Missouri Valley Conference Championship on April 26. Delisanti is one of 10 individuals who will join 13 teams including MVC champion Southern Illinois at the Columbus Regional, hosted by Ohio State University at the par-71, 7422-yard Ohio State Golf Club on May 16-18.

Valpo’s first NCAA qualifier since joining the Missouri Valley Conference achieved his NCAA berth in dramatic fashion, coming from behind to edge the MVC Player of the Year by one stroke in the conference championship. Delisanti turned in an incredible back nine in Round 3, going six under par over the final nine holes. He posted six birdies and three pars over those nine holes including birdies on each of the final four holes.

Delisanti, the MVC Newcomer of the Year and a First Team All-MVC choice, became the first Valpo individual to win conference tournament medalist honors since 2013. He holds a season scoring average of 73.00 that is in position to rank fourth in program history.

Tee times for the regional will begin at 6:30 a.m. CT / 7:30 a.m. ET off the first and 10th tees on each day of the event. A link to live scoring via GolfStat will be available on ValpoAthletics.com.