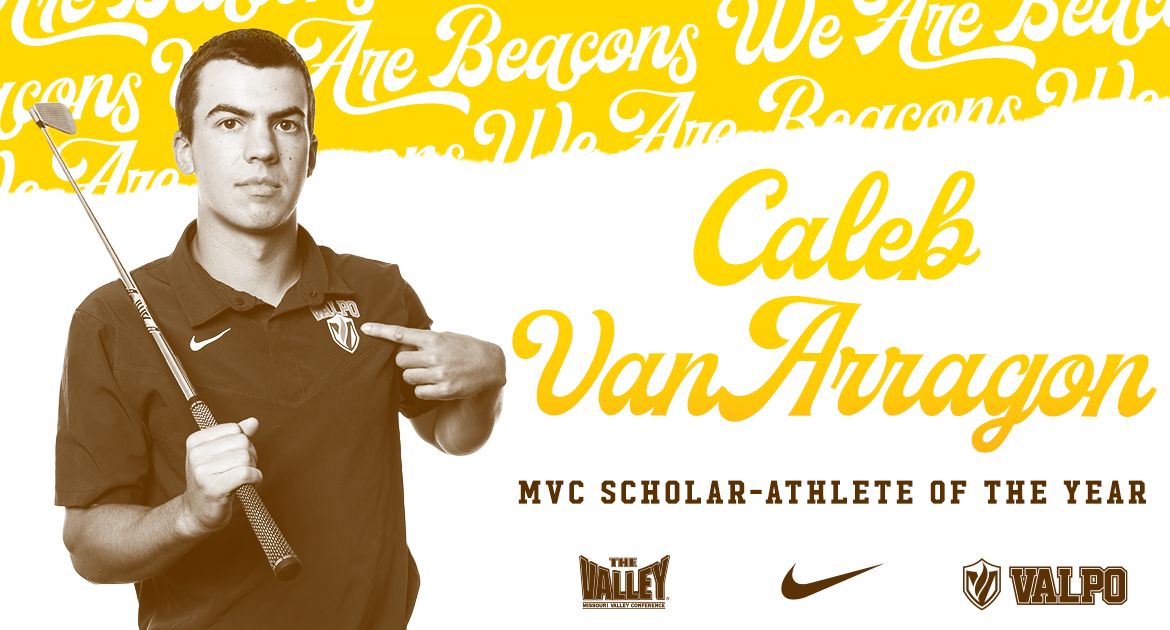 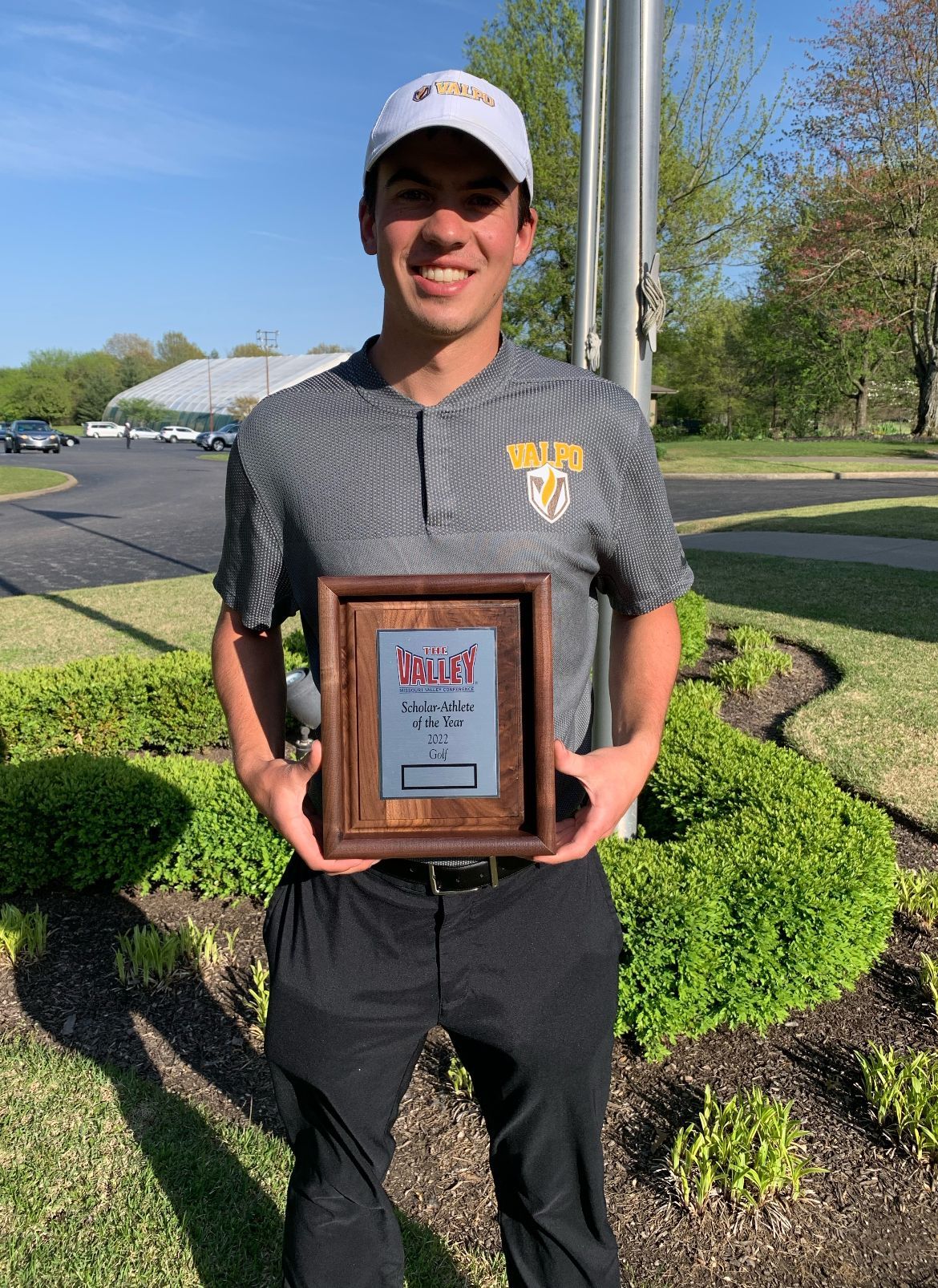 In news that surprises no one, Valparaiso University men’s golf junior Caleb VanArragon (Blaine, Minn. / Blaine) was named the Missouri Valley Conference Scholar-Athlete of the Year as the league office announced its scholar-athlete team on Thursday.

VanArragon’s status as the league’s Scholar-Athlete of the Year comes as no surprise due to his academic and athletic excellence. A three-time All-MVC performer, he owns a perfect 4.0 cumulative grade point average as a biology and statistics double major. A 2020 CoSIDA Academic All-District At-Large choice in District 5, VanArragon owns the three best single-season scoring averages in program history including a program-record 71.35 this season while achieving par or better in 20 of his 34 rounds.

VanArragon’s season scoring average from this year ranked fifth in the MVC record book (since 2003). He owns a career scoring average of 72.04 that sits atop the Valpo program record book. The junior boasted nine top-5 finishes in his 13 tournaments this season and earned individual medalist honors in a 41-player field at the Dove Mountain Intercollegiate (Feb. 28 – March 1). He also tied for first at the Spirit Hollow Fall Shootout and had three runner-up finishes, all in fields of more than 65 golfers.

Away from the course, the dean’s list honoree has served as a biology lab aide, helping his biology professor make zoom recordings of his class for students and completing general lab work. He has also served as a stats teaching assistant and works with two biology professors on biology research projects. VanArragon is also a math/stats tutor, a Valpo LuMin volunteer and ran over 20 junior golf tournaments throughout the state of Minnesota for the Minnesota Junior PGA in summers 2020 and 2021.

Bonn, who owns a 3.74 cumulative GPA in mechanical engineering, finished the season with a 76.28 scoring average over 25 rounds. The sophomore carded a 213 (-3) at the Valpo Fall Invitational, finishing third in a 73-player field. Through two seasons, he holds a career scoring average of 76.13 that ranks tied for eighth in modern program history.