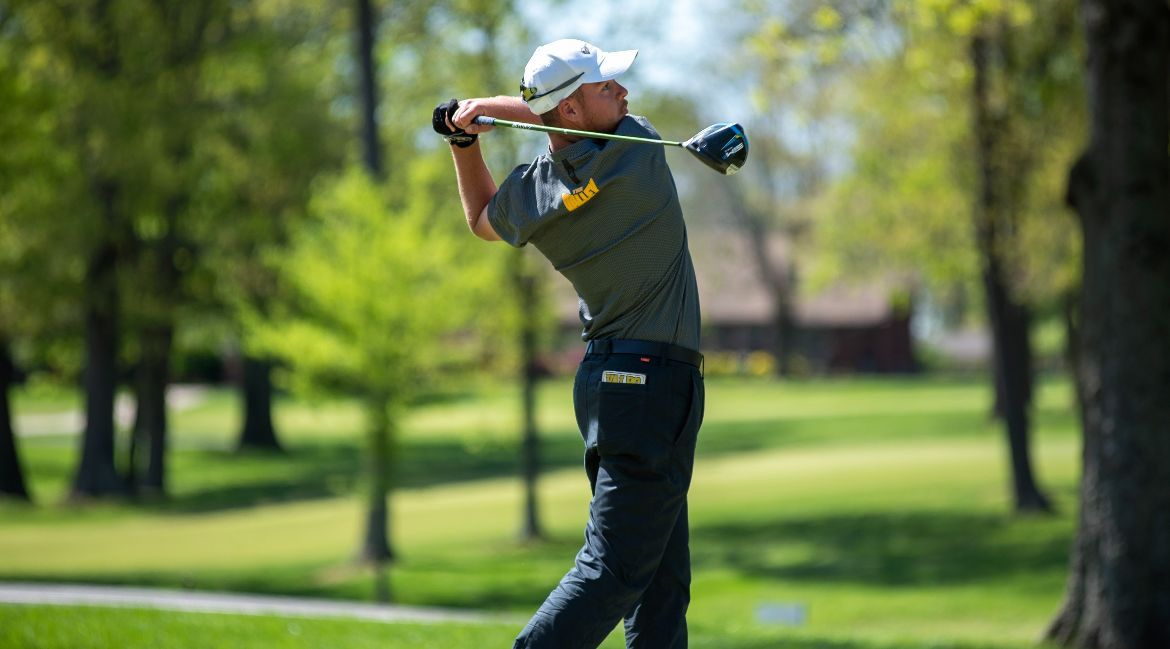 Anthony Delisanti shot one under in Tuesday's round.

“Anthony had what I consider to be one of his best rounds of the year today,” Valpo head coach Dave Gring said. “While his stat line wasn’t anything to write home about, he scored very well and showed a lot of poise on a very difficult golf course. Only 25 percent of the field was under par with some pretty good playing conditions. Anthony hit 12 out of 18 greens in regulation, despite only hitting six out of 14 fairways. The rough is ridiculously long, and you’re going to get penalized for missing the fairway off the tee. Anthony was still able to hit greens in regulation or at least leave the ball in a good position by the green to get up-and-down.”

Delisanti ranks among the tournament leaders in par-4 scoring with a 3.91 average on those holes. Out of his 36 holes to this point, the Valpo rookie has achieved 28 pars and four birdies.

“The pin positions have been very challenging, and Anthony has been very disciplined not missing the shots into the greens on the short-side,” Gring said. “In 36 holes, he’s only had one short-side and that has given him the opportunity to get up-and-down pretty well around the greens. His putting has really been exceptional, with no three putts in these first two rounds and 29 total putts today. He had 13 putts on the front nine today, getting up-and-down twice, making two birdie putts and just missing two more.”

No. 2 Oklahoma State and No. 11 Georgia Tech are tied atop the team leaderboard at seven strokes under par. With one day of golf remaining, Eugenio Lopez-Chacarra of Oklahoma State holds a one-stroke lead over Georgia Tech’s Ross Steelman for Regional medalist honors. A link to live scoring via GolfStat for Wednesday’s third and final round is available on ValpoAthletics.com.

“We have another good game plan in place for tomorrow’s round,” Gring said. “Anthony is going to need to hit more fairways, so he can spin the ball more and get the ball closer to the hole. With his putting stroke so solid right now, he needs to give himself more opportunities for birdie on the greens, and he will deliver. He had another terrific practice session following the second round, so he’s excited to play the final round tomorrow and enjoy the results.”