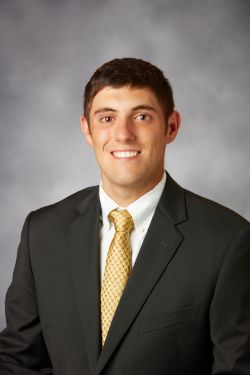 Prep: A four-year letterwinner for the Green Wave ... Suburban Christian Conference champion and Player of the Year as a senior ... a four-time First Team All-SCC selection ... a four-time sectional qualifier, highlighted by a championship as a junior ... a three-time state qualifier. with an 8th-place finish as a junior ... team Most Valuable Player four times ... captain as a senior ... team won regional championship and finished third at the state tournament in 2010 ... named St. Edward Student-Athlete of the Year as a junior ... Won the University of Illinois Classic in 2011 ... finished second at the Hawkeye Classic in 2010 ... a four-time participant in the Illinois State Junior Amateur ... a four-time Academic All-SCC selection ... a member of National Honor Society.

Personal: Michael is the son of William and Mary Holevas ... major is finance.