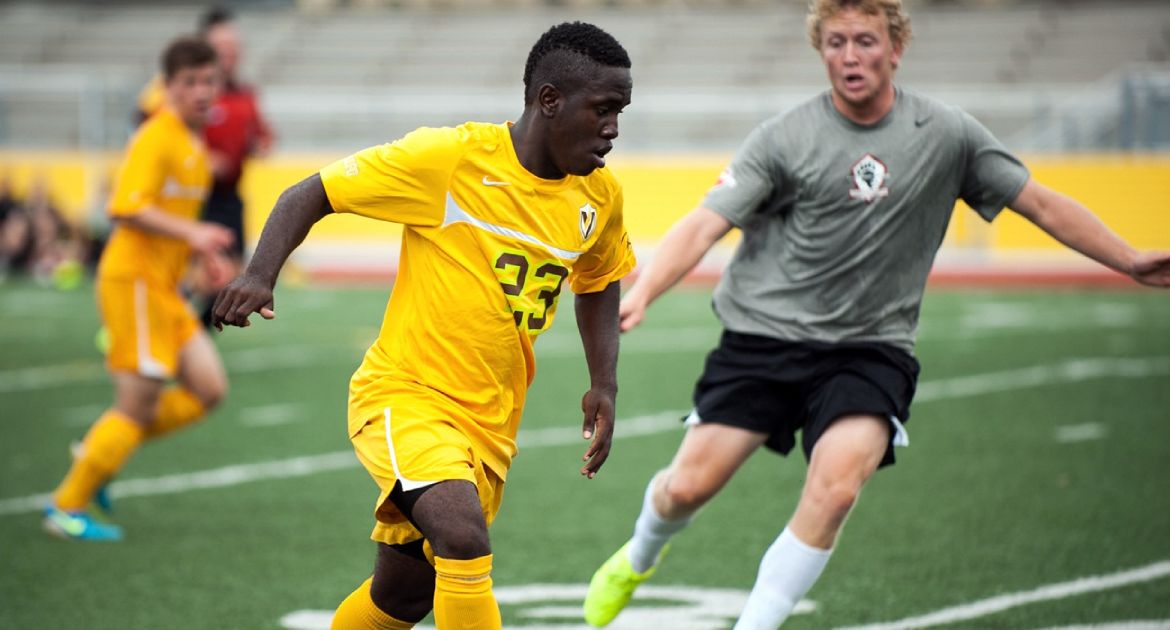 The Valparaiso men's soccer team picked up its first win of the year in dramatic fashion Tuesday night at former Horizon League rival Butler, as freshman Jordan James(Hellshire, Jamaica/Wolmer’s Boy School) headed in Jordan Aidoud’s (Lyon, France/CEFAM) cross in the 101st minute to give the Crusaders a 2-1 victory in extra time.

“It was a tremendous goal starting with a great ball out of midfield from Julio Velasquez that was controlled and served from Jordan Aidoud, and a beautiful finish from Jordan James,” said Crusader head coach Mike Avery. “It's a tremendous road win for us over a very good Butler team. Butler certainly tested the limits of our defensive shape, and it was exciting to see how well we were able to keep them out of the final third. They were credited with a lot of shots, but most of those were from distance and Nico handled them routinely.”

The Crusaders got on the scoreboard first, as junior midfielder Jacob Gandarilla (Albuquerque, N.M./ Shattuck-St. Mary's (SMU) corralled a loose ball from eight yards out and blasted it into the back of the net in the 35th minute for the Crusaders first goal of the year. The Bulldogs responded right before halftime however, as Jeff Adkins sent one past sophomore goalkeeper Nico Campbell (Kingston, Jamaica/St. George’s College) after Campbell had just turned a shot away.

Campbell stood tall in the second half as he turned away five Bulldog shots, including one in the last minute of regulation to keep the game tied. The Brown and Gold ratcheted up the defense in both overtime periods, not allowing Butler to get a shot off. The Crusaders improved to 1-0-2 on the season with the win.

“As the game wore on, we grew in our possession, and I felt the last 45 to 55 minutes we earned the result we got,” Avery said. “The turnaround is very quick and the road gets harder on Thursday, but we are excited to face a top 10 team in Michigan State.”

Valparaiso stays on the road with a match against the seventh ranked Spartans of Michigan State on Thursday afternoon. The Crusaders upset the #24 ranked Spartans last year in East Lansing, 2-1. Kickoff is scheduled for 4 p.m. CT with live stats available through ValpoAthletics.com.