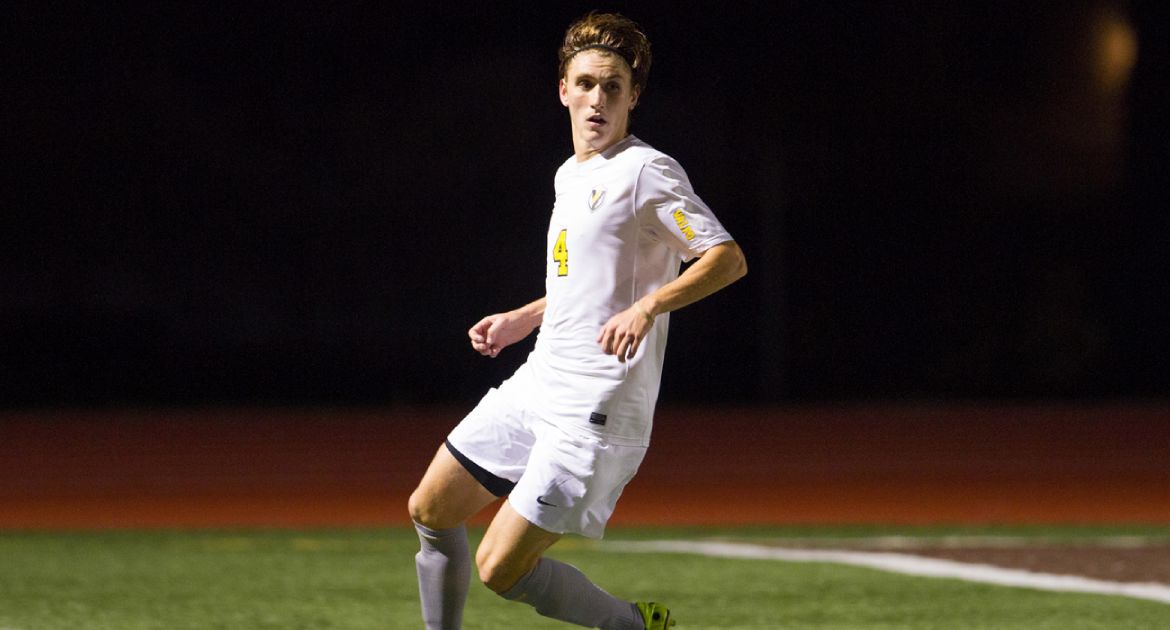 This Week in Crusader Soccer: The Valparaiso men’s soccer team takes a late-season break from Horizon League action as they take on in-state rival IPFW at Brown Field on Wednesday night before traveling north to the hopefully not-so-frozen tundra of Green Bay in their penultimate Horizon League and regular season game.

Previously on the Pitch:Valpo battled to a 1-1 double-overtime draw against Milwaukee last Saturday at Brown Field. Ramone Howell picked up his second career goal and Nico Campbell made seven saves in goal for the Crusaders.

Following the Crusaders:Both matcheswill have live stats available through ValpoAthletics.com. Over the course of the 2014 season, four matches will have free live video on the Horizon League Network, and WVUR, Valpo’s student radio station, will also be broadcasting select matches. Saturday’s match against Green Bay will be streamed live on the Horizon League Network via HorzionLeague.com.

Series Notes: IPFW – The Crusaders are 14-3 against the Mastodons all-time and first played in 1984. The last time they met was in 2012, with Valpo winning 3-1 in Fort Wayne. Jordan Aidoud came off the bench for two goals, including the game-winner.

Green Bay – This marks the 17th time the Crusaders and Phoenix have lined up against each other. Last year in Green Bay, they fought to a scoreless double-overtime draw. Tom Serratore made five saves in 110 minutes.

Scouting the Opposition: IPFW – The Mastodons come to Brown Field with 4-6-4 record and stand at 2-2 in the Summit League. They dropped their last game to Denver, 2-0. Corey Tom and Austin West each lead the team with four goals apiece. Raphael Kotzock and Cody Schweitzer have split the goaltending duties this season. Kotzock comes in with a 2-2-3 record and .86 goals against average in eight games while recording three shutouts. Schweitzer is 2-4-1 with a goals against average of 1.93 while recording one shutout.

Green Bay – The Phoenix are 4-9-3 overall and sit in ninth in the Horizon League at 0-5-1. They dropped their last match to Belmont on the road, 2-1. Audi Jepson leads the team and the Horizon League with nine goals and is tied for first in the league with 21 points. Dani Alvarado has made 13 appearances in goal and comes in with a 2-7-3 record. He spots a 1.44 goals against average and three shutouts.

Scouting Ahead:The 2014 Horizon League Men’s Soccer Championships begins on Monday, Nov. 10. As it stands right now, Valpo enters as the fourth seed and would host fifth seed Cleveland State. If they would win, they would advance to the semi-finals and face either Oakland or Detroit, depending on the outcome of the other quarterfinal game, on Thursday, Nov. 13 at Oakland.

Top of the League: The Crusaders find themselves at the top of several Horizon League categories, including goals allowed (12) and goals against average (.74). They are also third in goals with 20.

Crusaders Ranked Ninth in Regional Poll: Valpofell two spots to number nine in this week’s NSCAA/Continental Tire NCAA Division I Men's Great Lakes Region Poll. They are joined in the poll by league rival Detroit, who sits at number eight.

Senior Spotlight: Throughout the season, the team will honor a senior player at selected home games.Last week they recognized they recognized senior midfielder Nick Suker and defenseman Jacob Unger. They will celebrate the last two seniors, captain Zev Taublieb and defenseman Zane Wold, in their final regular season game against Oakland on Friday, Nov. 7.

Protecting the Net: Through 15games this season, the Brown and Gold have only allowed 12 goals while playingstifling defense. They are 24thin the nation in team goals against average with a .74 and are tied for 32ndin save percentage with a .813.

Sparks Off the Bench: Freshman forwards Jordan James and Stian Sandbekkhaug have made the most of his opportunities coming off the bench.They are both tied for second on the team in goals with three. Two of James’ goals have been match-winners, against Butler and in the home opener against Western Illinois.

Flying Many Flags: This year’s Valparaiso men’s soccer team represents many different countries.Beyond the borders of the United States, the Crusaders boast players hailing from six other nations for a total of 12 international players born outside the United States.  Leading the way is the contingent from Jamaica, as Valpo counts six Jamaicans on its roster for the 2014 campaign.