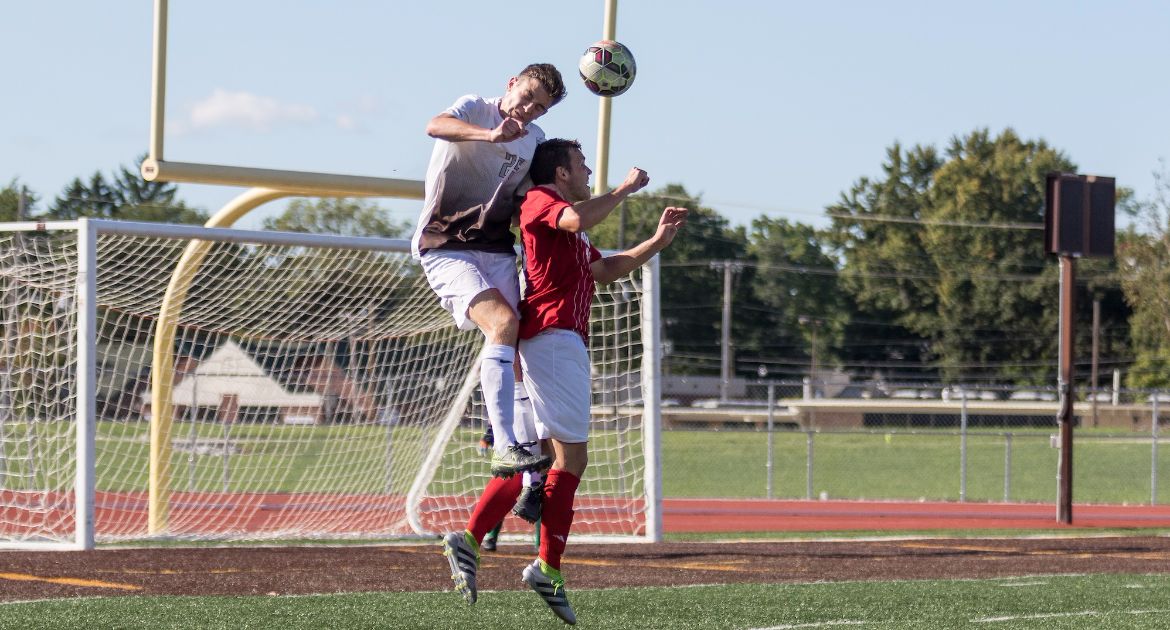 This Week in Crusader Soccer: The Valparaiso University men's soccer team continues Horizon League play and starts off a four-match road trip Saturday afternoon as they head to the Music City to face off with Belmont.

Previously: Valpo opened league action last Saturday afternoon at Brown Field, playing to a 1-1 draw with Detroit Mercy. The Titans converted a penalty kick in the 24th minute, while Isaiah Madrid equalized for the Crusaders on a free kick in the 59th minute. Valpo out-shot the Titans for the game, 19-2.

Looking Ahead: Valpo continues its stretch of road games with a pair of contests away from home next week. The Crusaders will step away from league play for a Wednesday night fixture at Ohio State and then head to Cleveland State for a Saturday night game.

Following the Crusaders: The Belmont match will have both a live video broadcast and live stats, both of which are linked via ValpoAthletics.com.

Head Coach Mike Avery: In his 10th season at the helm of the Crusader men’s soccer program, Mike Avery owns 65 career victories. Under Avery's guidance, the Crusaders have been a stellar defensive side, posting eight of the top-10 defensive seasons in program history over the first nine seasons and earning five league Goalkeeper of the Year accolades. Avery has led the Crusaders to a new standard in his time as head coach, as a program which had enjoyed just one winning season in the 24 years prior to his arrival has finished above the .500 mark five of the last seven years. He has also seen numerous players go on to play professional soccer, including most recently Jordan Aidoud in his native France.

Series Notes: Valpo is 1-0-1 all-time against Belmont, as the two sides had not matched up until the Bruins joined the Horizon League as an affiliate member in men's soccer prior to the 2014 season. Last year, Valpo and Belmont battled to a 1-1 draw at Brown Field on Oct. 24.

Scouting the Opposition: Belmont enters Saturday's match at 1-4-1 on the year, most recently falling in mid-week action to crosstown rival Lipscomb, 4-2. The Bruins dropped their Horizon League opener at home to Cleveland State, 2-1. Seven different players have accounted for Belmont's eight goals this season, while the Bruins' opponents have scored 15 times in six games.

Looking Back at 2015: Last season, the Crusaders posted a 7-6-5 record - one which included a 2-1-1 mark against sides ranked in the top-25 nationally, the first time in program history the team had defeated multiple top-25 programs in the same season. Nico Campbell was tabbed the league's Goalkeeper of the Year, while Omar Lawrence and Isaiah Madrid both earned NSCAA Third Team All-Region honors.

Fit to Be Tied: Following Saturday's draw with Detroit Mercy, the Crusaders already have two ties in their first four games of the season. The program has had at least five draws in each of the last five years. Meanwhile, the draw with the Titans is Valpo's seventh in Horizon League openers since joining the league prior to the 2007 season - the Crusaders own a 2-1-7 record in league openers, only gaining all three points in 2009 and 2014 and only dropping all three points in 2010.

Madrid Braces For Success: Senior Isaiah Madrid could top the NCAA scoring charts if he got to face Western Illinois every time out. Last season, he posted his first multi-goal game as a Crusader in the win at WIU. Then, this year, he struck again with another brace against the Leathernecks, opening the scoring in the 10th minute before recording the eventual match-winner in the 58th minute of play. Last time out, he netted the equalizer in the Crusaders' draw with Detroit Mercy. Of his four goals this year, two have come on free kicks and one on a penalty kick. Through 22 games in the Crusader uniform, Madrid now owns nine goals and 21 points.

A Couple of Firsts: Senior Nelson Landaverde recorded his first goal as a member of the Valpo program versus Western Illinois, connecting on a free kick for an insurance tally in the 82nd minute in the win over the Leathernecks. Meanwhile, freshman Steffen Pulinx - playing in just his third career game - recorded the first assist of his Crusader career, as he picked up the helper on Madrid's match-winner against WIU.

Weekly Honors: Just two weeks into the season, the Crusaders earned their first weekly award from the Horizon League office, as senior Nico Campbell was named the league's Defensive Player of the Week on Sept. 6 following his work over the previous two games. Campbell combined with his defense to shut out MVC preseason favorite SIUE despite being on the road and playing down a man for the final 50 minutes, and then surrendered just one goal in the win over Western Illinois. For Campbell, it was the fourth Horizon League weekly award of his career.

Road Warriors: This year’s Crusader side will have plenty of time for team bonding as they travel on the road early on in the season, as six of Valpo’s first eight contests are away from home. In all this year, Valpo will play 11 road matches versus just seven home matches, including two separate stints of four straight road games.

An Experienced Side: Nine of last season’s 11 starters return for the Crusaders in 2016, while in all 15 players are back from last year’s squad. Valpo surely ranks among the nation’s oldest teams, as the squad features a total of 13 seniors.

Flying Many Flags: Head coach Mike Avery and his coaching staff pull from all over the world for players to comprise the Crusader men’s soccer squad. The 2016 Valpo side features 19 international-born players from 12 different countries. Leading the way is the contingent from Jamaica, as Valpo counts seven Jamaicans on its roster for the 2016 campaign.

#oneVALPO: The Crusader men’s soccer program will continue to promote its #oneVALPO campaign, a campaign started last year to celebrate diversity, via social and digital media and at its games. For more information, go to the #oneValpo Facebook page at https://www.facebook.com/oneVALPO.

Crusaders Working With TOCO: Each home game, the Senior in the Spotlight shirts that are tossed out to fans will feature the logo of They Often Cry Outreach (TOCO). Throughout the 2016 season, the Crusaders will be working to raise money and awareness for TOCO’s work through sport with at risk children in the Caribbean and United States. As part of this effort, men’s soccer will be working with Valpo women’s volleyball to fund a future international service trip, bringing the student-athletes of these two teams to the Caribbean to get on the ground with TOCO and work directly with children the charity supports. October 1st will be the annual TOCO benefit game, and following the match, men’s soccer will be auctioning off special blue charity jerseys, blue representing the island of St Lucia – the home base of TOCO. All proceeds will go towards TOCO and the service trip.