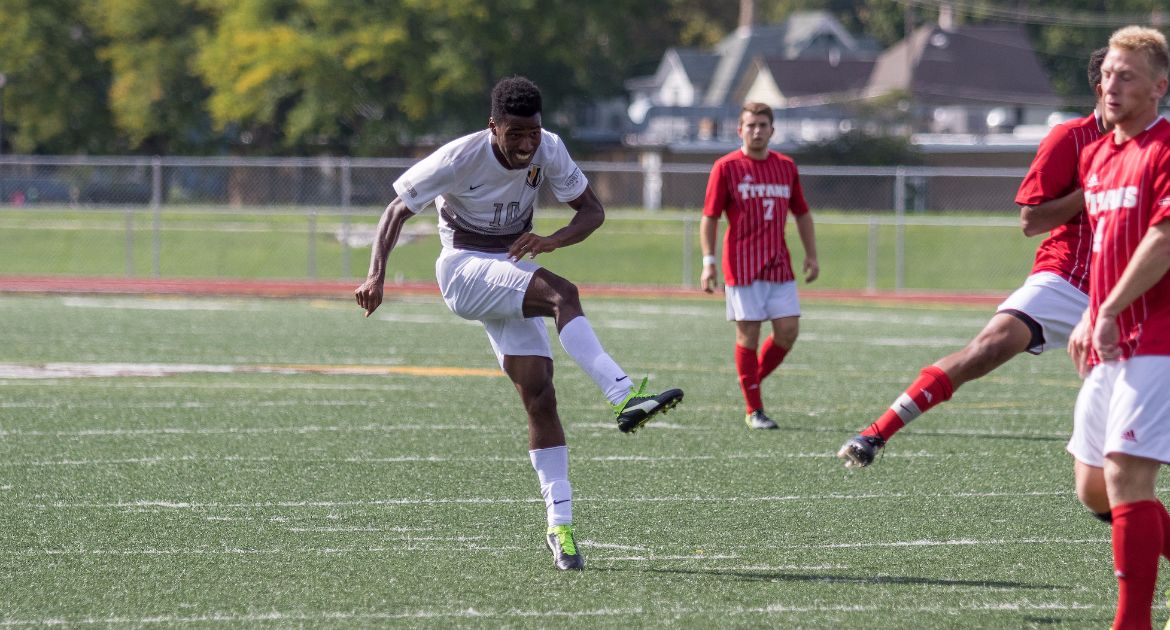 The Valparaiso University men’s soccer team went on the road to Belmont Saturday to continue Horizon League play and came home from Nashville with three points, as the Crusaders scored a pair of second-half goals for a 2-1 victory over the Bruins.

“We felt like we let a few points slip away at home last weekend and we were very determined to take a few road points back today. I was pleased with the performance overall, even if there are a few lessons we still haven't fully grasped. The team is growing, though, and sticking together in a tough road environment is an important part of that process.”

“We now get a bit of a fun change of pace with a game in the midweek at Ohio State before next weekend's big Horizon League game at Cleveland State. It's always an exciting challenge to visit a Big 10 campus, and I know we are all looking forward to our trip to Columbus.”

The Crusaders (2-1-2, 1-0-1 Horizon) step out of league play as they continue their stretch of road fixtures with a Wednesday evening match at Ohio State. The game will be available live online on BTN Plus, while live stats will also be available via ValpoAthletics.com.