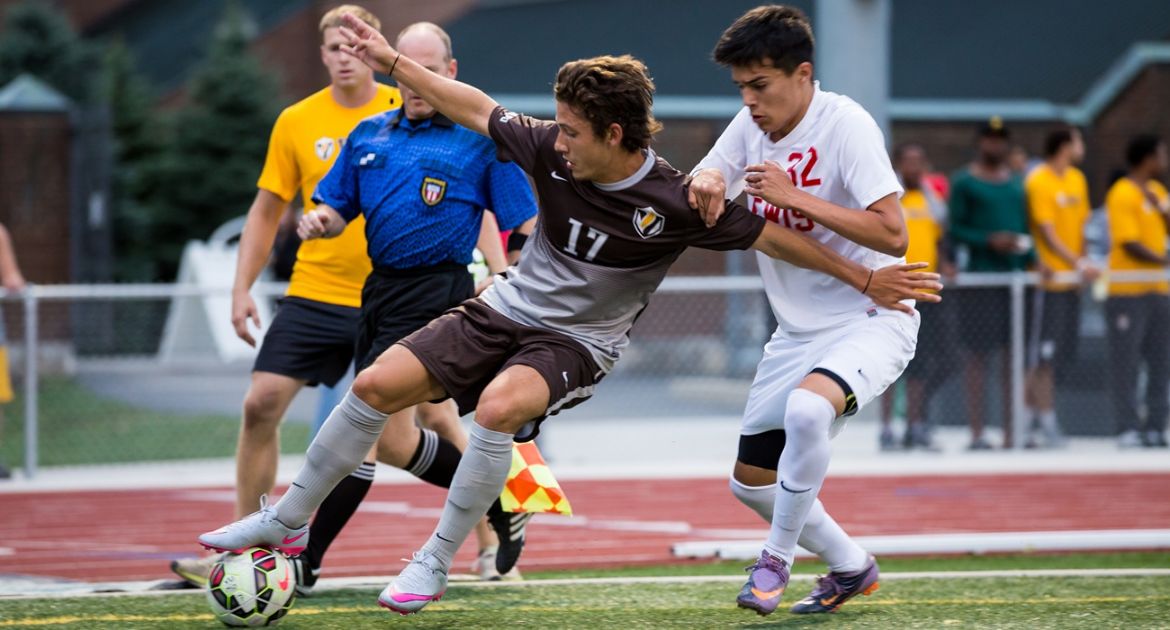 The Valparaiso University men’s soccer team suffered a 1-0 setback at UIC on Saturday night. UIC’s Jose Fuentes scored in the 62nd minute to account for the difference in a fast-paced match at Flames Field.

“It was a very exciting game, fast paced and with two teams really fighting and scrapping for a result. Hats off to UIC for defending their home field. They took their chance very well on the goal, and though we pushed right to the end, we weren't able to find the equalizer. I was proud of our effort and our will to compete.

Including our two exhibition games in August, we've now played twelve out of seventeen matches on the road. That takes its toll. This is the first week in a month where we don't have a midweek game, and the guys need these few days to rest and recover.

We also end with three home games and it will be nice to develop a little consistency and rhythm to our training and preparation.

The game next weekend is massive for us. A win next weekend goes a long way to wrapping up a playoff spot, so I am sure the group will be focused this week and won't take anything for granted because we know every Horizon League game is a battle.”

The Crusaders (8-4-3, 3-2-2) enjoy a few days away from game action before returning to the pitch on Saturday, Oct. 29 at 7 p.m. against Northern Kentucky. After four straight road fixtures, the Crusaders will return to the Brown Field turf for the Horizon League showdown with the Norse. Links to live video, audio and stats will be available on ValpoAthletics.com.