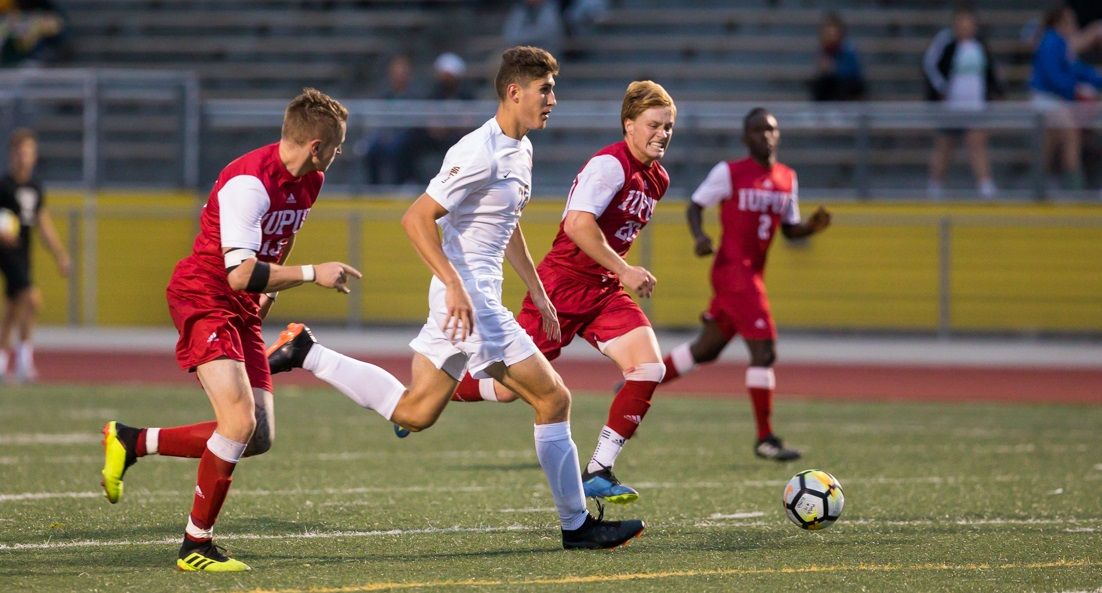 The Valparaiso University men’s soccer season is off to a dramatic and victorious start after Friday’s opener at Brown Field. The Crusaders had visiting IUPUI on its heels for the bulk of the match, eventually breaking through in the 104th minute as a golden goal by Michael Marchionna (Naperville, Ill. / Naperville Central) provided Valpo with a 1-0 victory.

“I give a lot of credit to IUPUI for the way that they battled. They made the game hard for us and didn't allow us to easily settle into a rhythm in possession. Especially for an early-season game, it was a good effort from our guys. We grew into the game and continued to get better as the game wore on - which is exactly what we need out of these first games as we prepare for conference play down the road.”

“Obviously, as you look at the stats, we had plenty of chances to end the game earlier than we did, but that's OK. Finishing and sharpness in the final third is always one of the last pieces to come in a season, and it was clear to see that we have a lot of guys who are exciting in the attack - the goals will come.  I was most pleased with a shutout; that was very important for us.”

The Crusaders will return to the pitch on Sunday for a road date with Marquette. The match gets going at 4:05 p.m. CT with links to live video (free of charge) and stats available on ValpoAthletics.com.