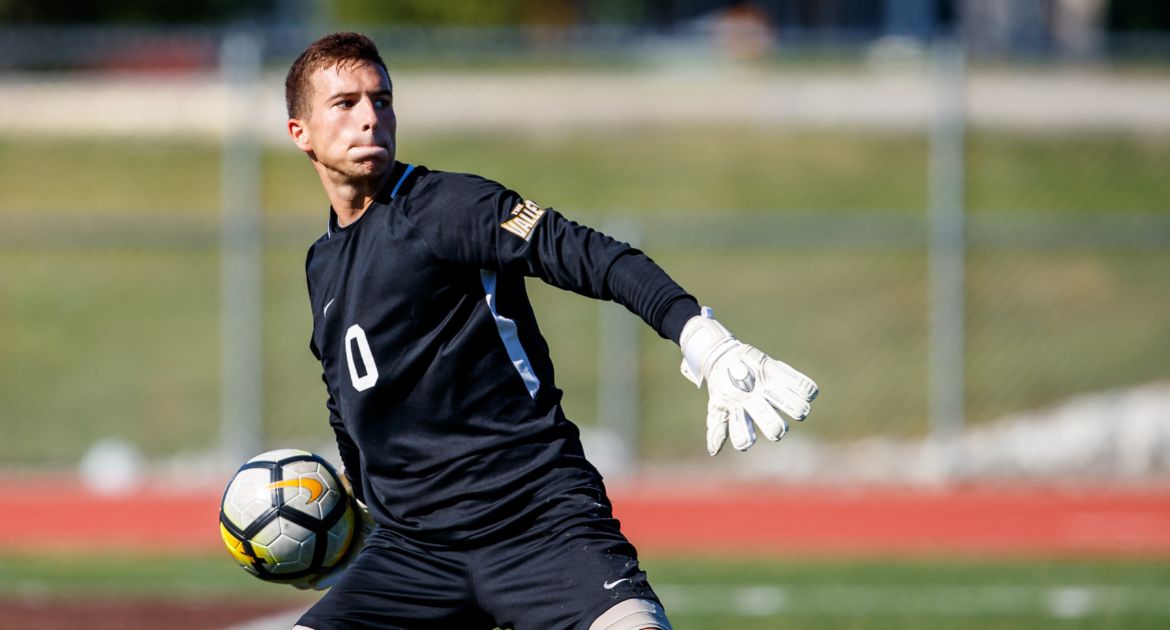 “It was a really good game tonight. Both teams played well and gave the fans an exciting match. I’m disappointed for our boys because I thought we did enough to get at least a point out of the game, but life on the road can be hard sometimes. This trip especially can be a challenge. It’s a long bus ride to face a very good team that doesn’t lose often at home. You have to get almost everything perfect to win this trip – and while we got many, many things right, we gave them just enough room and they took advantage.”

“On the plus side for us, we put in a performance that felt good. We were very sharp in our efforts to change the point of attack, and we created four or five really good goal-scoring chances. If the team can keep its confidence and continue to play at the level we played at tonight, we’ll be fine.”

Valpo will step back outside of Valley action to start a string of three straight nonconference fixtures on Tuesday night against SIU Edwardsville at Brown Field. The kickoff is slated for 7:30 p.m. CT. A live broadcast will be available on ESPN3, which comes at no charge with a cable subscription.