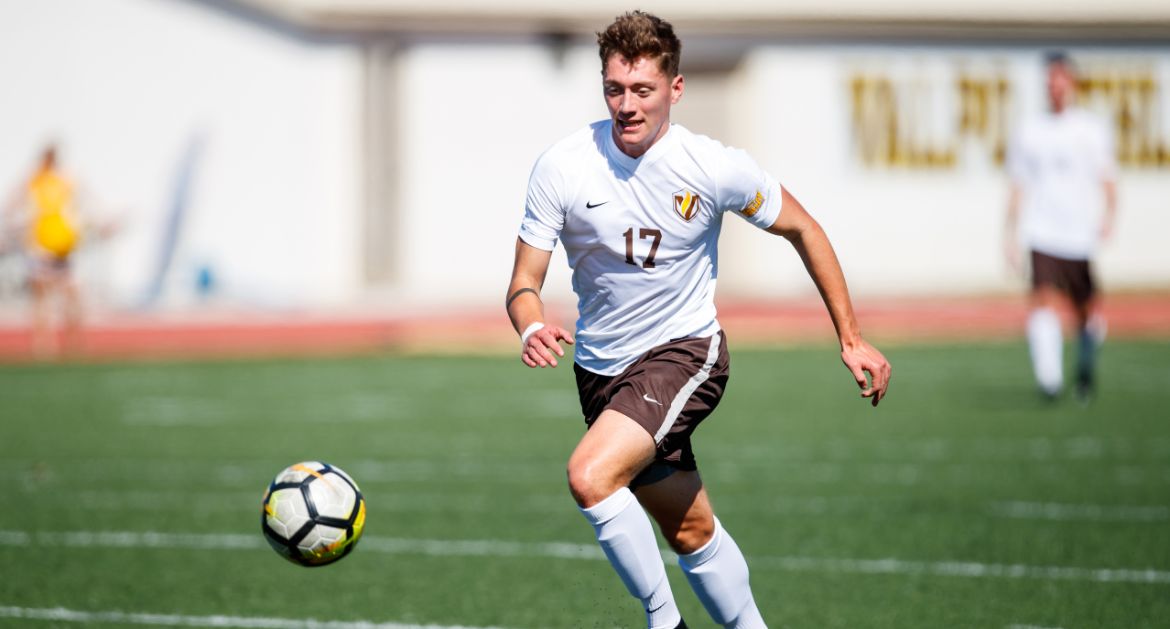 Jonas Engler scored his first goal of the season on Tuesday.
SIUE at Valparaiso | September 25, 2018

There were more goals scored on Tuesday night than in the previous five Valparaiso University men’s soccer matches combined, but Valpo came up on the wrong end of a seesaw battle that saw visiting SIU Edwardsville capture a 3-2 victory at Brown Field. Each team had two second-half goals, with the Cougars scoring the match-winner in the 86th minute of a fixture that began on a lengthy lightning delay.

Valpo will continue a stretch of three straight nonconference matches on Saturday at Bowling Green at 6 p.m. CT. Links to live coverage will be available on ValpoAthletics.com.